Divine Shadow will have a short spell in the wake of his LR Pinjarra Cup (2300m) victory on Sunday with connections now looking ahead to the Belmont winter season.

The Brett Pope-trained stayer became the 43rd stakes winner for Blackfriars on Sunday when cruising home by the best part of four lengths from Media Baron (Written Tycoon) and Trap For Fools (Poet’s Voice).  He raced away in the straight under Steve Parnham to salute the judge for the first time since Belmont in July 2020.

Divine Shadow (5g Blackfriars – Idyllic Doll by Scenic) had come close to breaking his black-type duck at the Goldfields carnival earlier this season with placings in the Coolgardie Cup, LR Boulder Cup and LR Kalgoorlie Cup.

“He liked the give in the ground today,” Pope said.  “I’ve lived here all my life so it’s really good to win the hometown cup.  The owners deserved a change of luck.   They’ve been with me since I bought my first yearlings back in 2005.

“The Pinjarra Cup was our main target for him this prep,” Pope added.  “I thought we’re going pretty good on the corner.  They don’t normally travel up like that in a feature race and it looked like a track gallop when he joined in.

“I’m not sure what to aim for with his rating in mind.”  The only black-type event at 2000m plus on the winter calendar is the weight-for-age G3 Strickland Stakes at Belmont on June 26.  His three-quarter brother God Has Spoken won the Strickland in 2011.

Divine Shadow’s younger full-sister Lady Duckworth had won a support-race earlier on Cup Day.  The 4yo mare also bolted in with five lengths to spare in the Leinster Contracting Hcp (2300m).

Lady Duckworth changed stables twice as a 3yo and has found form for her third trainer – Middle Swan-based Darren Taylor – since resuming from an extended spell in February.  She won a Bunbury maiden in March and is now on a hat-trick for new owner Damon Jacoby.

The Blackfriars cross with Scenic (Sadler’s Wells) has produced 5 stakes winners and its strike-rate is right up there on the top-shelf at 69%. 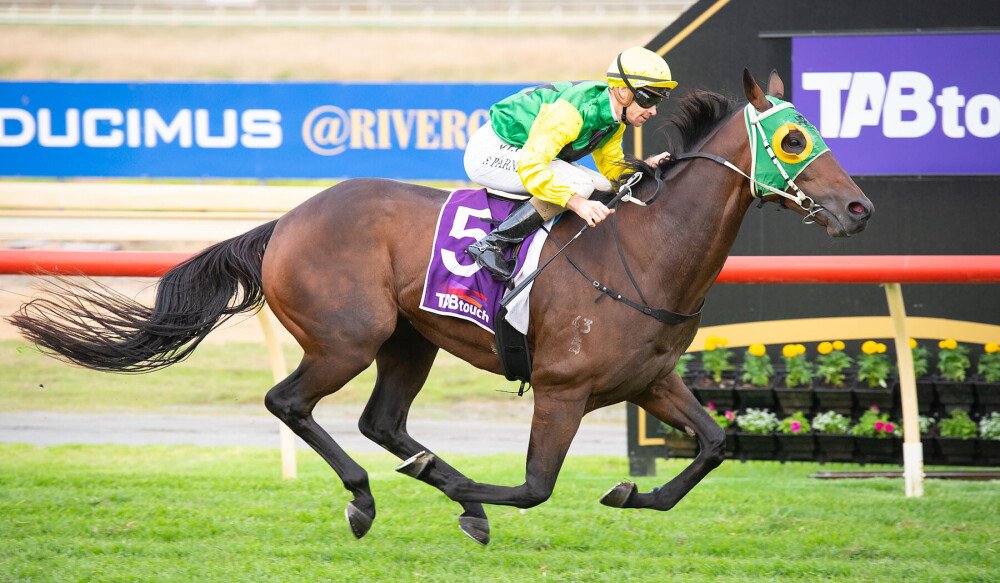