River Beau will be given the chance to crack a hat-trick in Group 3 company after a sizzling victory in the Crown Towers Hcp (1000m) at Ascot.

The Snippetson sprinter had defeated star filly Clairvoyance a fortnight ago and backed that up with another impressive win on Saturday.  He ran down front-runner Ziebell to win by a half-length in a quick 57.96s.

Trainer Bruce Watkins believes River Beau has earned the right to make his black-type debut in the $150,000 Northam Stakes (1100m) on Sunday, May 2.  “I knew he would be hard to beat when they went out hard today.  He’s up in the ratings enough to warrant going to Northam.  It will be another hi-tempo race and he can really finish off under those conditions.

“He used to over-race but is a more relaxed horse now.  We’ve worked him out and he’s coming through his races much better.  None of the family have been winter horses so we will probably tip him out after his next start.”

River Beau (4g Snippetson – Peggie’s Louise by Oratorio) is a homebred for Keith and Peggie Beauglehole.  His dam is a half-sister to Australian Horse of the Year Miss Andretti (Ihtiram) and multiple stakes-winning sprinter Danny Beau (Zedrich).

Peggie’s Louise delivered River Beau first-up and her latest foal is an unraced 2yo filly by Snippetson named Paradise Diva.

Jockey Jason Whiting has been aboard River Beau in all 18 starts for 6 wins and prizemoney totalling $291,590 including Westspeed Bonuses of $45,150.  “I was happy to slot in behind the speed and bide my time.  He has a brilliant turn of foot and can cover decent horses quite easily.

“There’s no reason why he can’t come to the party at Northam.  You won’t know until you have a go.”

Scenic Lodge stallion Snippetson has already sired 8 individual winners this month.  His 2yo gelding Featherweight was successful at Ascot on April 10 and wasn’t disgraced when working outside the lead to finish fourth in the G3 WA Sires’ Produce Stakes (1400m) on Saturday. 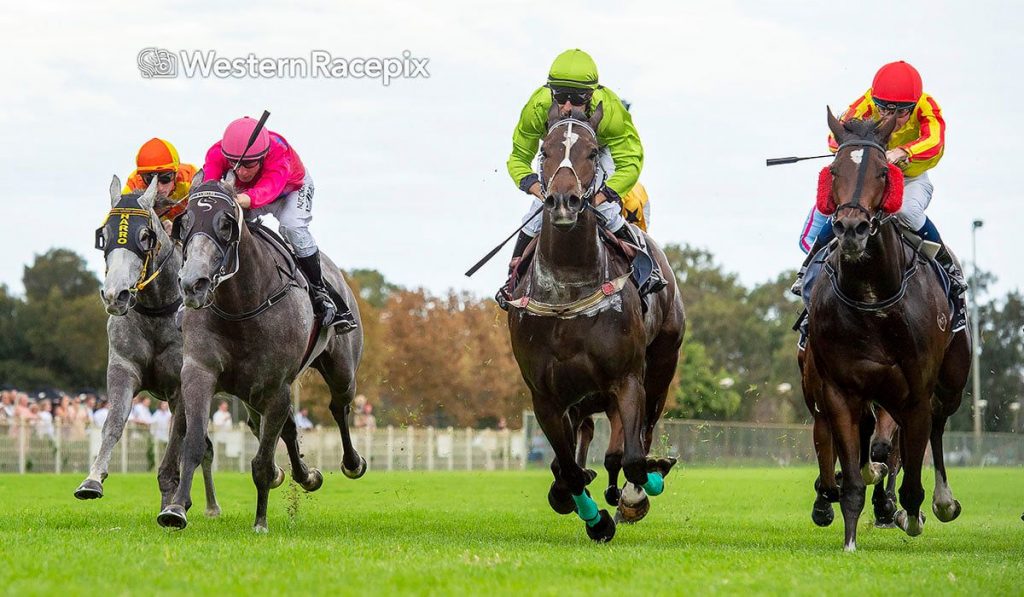