Back in September 2019, Strathmore Rose was labelled an early-comer when placed in the first 2yo trials of the season at Lark Hill.

The War Chant (USA) filly was nominated for the Initial Plate but was scratched and didn’t reappear until a debut second at Belmont in August 2020.  Great Southern trainer Roy Rogers gave her another break and now she’s blooming with 3 wins in 5 starts at Albany.

Strathmore Rose blitzed her maiden by the best part of 8 lengths for Madi Derrick prior to another dominant display against older horses in the Nutrien Hcp (1100m) on Thursday.  Taken forward by Chris Parnham, she was flanked by Ibiza and Danehill Storm in the lead before sailing away to win like a $1.40 favourite.

“She only got beaten a head on debut in Perth and ‘Shooter’ (McGruddy) was very happy but then she went shin-sore,” Rogers recalled.  “She was still very green winning her maiden down here although I always thought she would go well.” 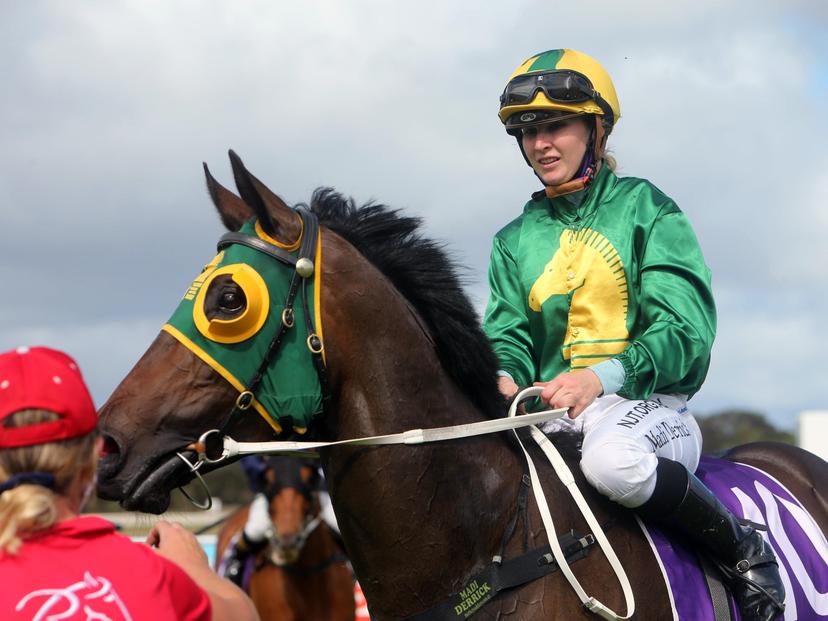 Rogers rates Strathmore Rose the equal of his Hinchinbrook filly Island Charm who won at Ascot in January and then finished second in the RL Magic Millions Trophy at Pinjarra.  “It’s good to have two nice 3yo fillies in the stable.  We can set them for some good races in the future.”

Strathmore Rose (picture by Laurie Benson) is by Yarradale Stud champion War Chant and is the final foal of Queen’s Gem (Hussonet).  She’s a full-sister to I Am Boudica who won a Bunbury 3yo Classic and was placed in a G3 Champion Fillies.

Rogers bought her for $52,500 from Yarradale at the 2019 Perth Magic Millions and her residual value would probably be worth that alone.  Second-dam Seattle Gem (Khozam) won a G3 Furious Stakes at Randwick and there are another half-dozen black-type gallopers on the page including her stakes winning daughters How About That (VRC Lady Mayoress Plate) and Anacarde (SAJC Hill-Smith Stakes).

War Chant (Danzig) has sired 550 individual winners around the world and the latest maiden winner exemplified his global reach since retiring to Three Chimneys Farm in 2001 shortly after a Group 1 triumph in the Breeders’ Cup Mile at Churchill Downs.

Winner No.550 arrived at the Al Britha Cup meeting in Qatar on March 25 when War Man was successful by a head in a turf maiden over 1600m at Doha Racecourse.  Now a 6yo gelding, he had debuted as recently as February.

War Man (QA) is from War Chant’s final book in Kentucky.  His dam Quickstep Melody (Rahy) was carrying a PPT to him when catalogued for the 2014 Keeneland November Sale.  She was exported to Qatar by Mohd Abdulla Abdulmalick after changing hands for $25,000.

What happened to War Man in the years between his birth in March 2015 and that first start in February 2021 is a story for another day.

War Chant was based in Kentucky until 2014 (the last three while shuttling to WA) before settling permanently at Yarradale Stud.  That’s a total of 14 (northern) and 10 (southern) books!  He attracted upwards of 50 mares at Gidgegannup in 2020. 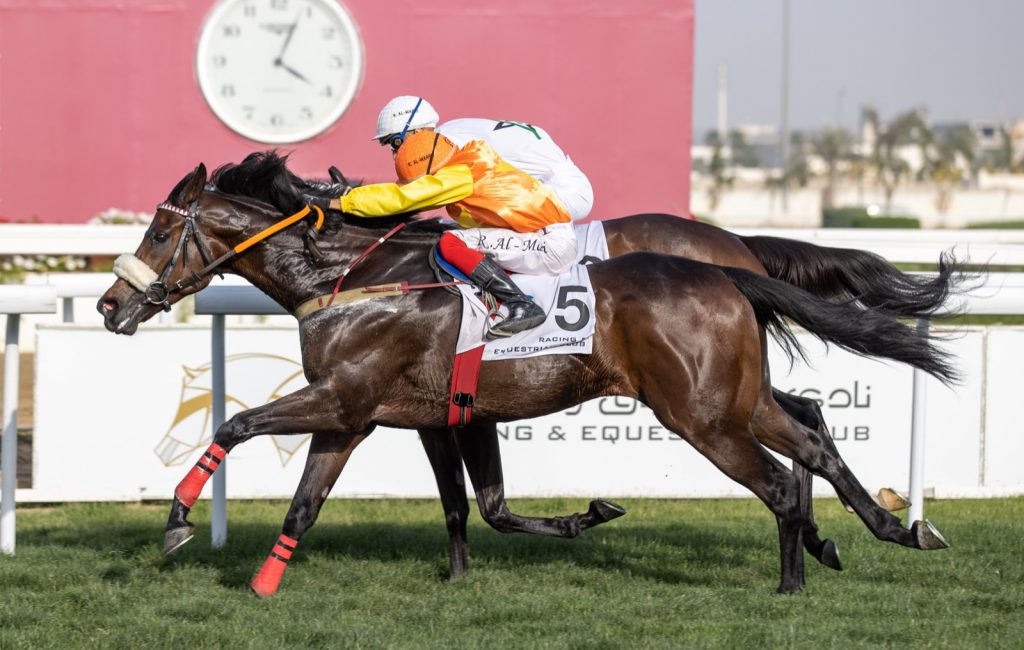