Yarradale Stud owner Ron Sayers will have a strong hand in the $100,000 Westspeed Platinum Autumn Series Final (1200m) at Ascot on May 1.

Image Keeper was given the run of the race by Mitch Pateman on Saturday before rounding the leader in the straight and repelling the late challenges of Morgs Freeman (Playing God) and Miss Quoted (Ouqba).

He’s been well-placed this prep winning three in a rapid row at Bunbury, Pinjarra and Ascot.  “I did look at starting him in Heat 2 but opted for Pinjarra with the idea of backing up on the weekend,” trainer Brock Lewthwaite said on Monday.  “Now we’re off to the grand-final in a fortnight.

“There’s plenty of him and he’s still raw so we’ve taken it step by step.  We’ve had good jockeys on board like Willie (Pike) and Mitch and they’ve been teaching him well.  Willie’s been booked for the Final.

“He’s a big, strong horse and has pulled up really well.  I have to thank Sarah Mullan, too.  She looked after him when I was sidelined last year for a knee reconstruction and then I broke an arm!”

Fleeting Image is also the dam of unraced 3yo colt Comanche Chant (War Chant) who won a Belmont trial for trainer Robert Harvey in February.  She then missed or slipped for three seasons before a late cover by Gingerbread Man last year.

“He was slowly away today but mustered through the field to get good cover behind the speed,” Pateman reported.  “Then he started to stargaze once we got to the front.

“Willie told me he didn’t want to lead last time at Pinjarra so he’s obviously a better chaser.  He’s promising and hopefully he will stay in Perth.”

Image Keeper was purchased by Constance Cheng for $65,000 from Yarradale’s draft to the 2018 Perth Magic Millions.  The Singaporean has enjoyed a lot of success with stock from the Gidgegannup farm and she weighed in with $180,000 for a War Chant filly from the same nursery last year.

Sayers retained a share in Image Keeper and he kept an interest in Heat 2 winner City Circle with Neville and Carol Parnham.  He was also in the frame at the Ascot midweek meeting on Wednesday with English Heritage (Heritage) and Smile For Me (Patronize). 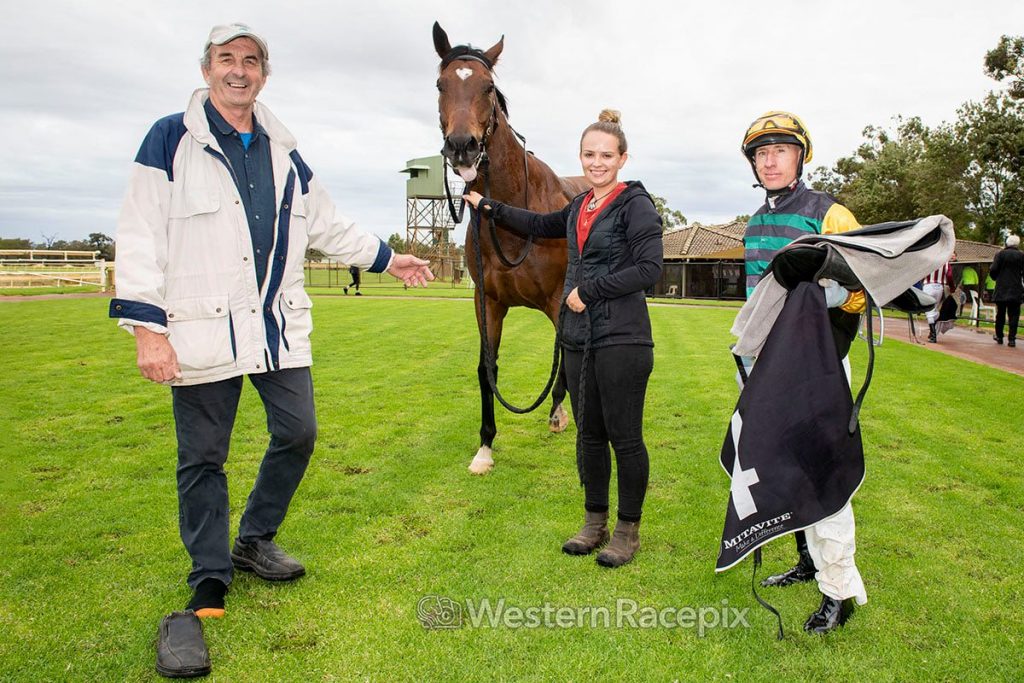