Home Sons of a Gun set for Karrakatta

Sons of a Gun set for Karrakatta

Scenic Lodge has won the last 19 sires’ premierships in Western Australia but it has some unfinished business in the G2 Karrakatta Plate (1200m) on Easter Saturday.

The Muchea Stud’s stallions provided the runner-up in 2018 – Lady Cosmology (Universal Ruler) and 2019 – Tinsnip (Snippetson) while in 2020 – Gemma’s Son (Snippetson) was beaten out of the placings as a long odds-on favourite.

Snippetson fronts up with a pair of frontline candidates from his third WA crop tomorrow and they are both rated highly in pre-post betting.  Spin The Knife is the second favourite in TAB markets at $8 and Storm Whisper is on the next line at $10.

Spin The Knife (2g Snippetson – Zany Lady by Zeditave) won his maiden on debut at Ascot in February and then came from a mile back to get within a couple of lengths of the winner in the LR Supremacy Stakes on March 7.  The Luke Fernie-trained youngster raced wide that day and cast a near-fore plate in running so there were excuses.  He was also sent back to the trials after proving difficult to load and he won that hit-out under a hold from Mitch Pateman.

Spin The Knife surprised Fernie with his forward showing first-up.  “It was a brave win after being headed.  Winning wasn’t part of the plan.  He was just here to learn so we’re very happy with the result.”

He cost $55,000 from Scenic Lodge at the 2020 Perth Magic Millions and general manager Jeremy Smith remembers him as one of the more precocious youngsters in the catalogue.  “He’s a striking chestnut from a running family.  He was all quality during inspections and looked a ripper!”

Storm Whisper (2g Snippetson – Cyclone Bella by Hurricane Sky) also won on debut at Bunbury in December and was last seen going down in a head-bobbing finish to the LR Perth Stakes (1100m).

Stewards reported he returned to scale showing symptoms of tying up, however, trainer Neville Parnham will have him peaking on Saturday.  The WA Hall of Famer won the 2008 Karrakatta with Brava Fortune.

Parnham only had to pay $21,000 for Storm Whisper at the 2020 Perth Magic Millions partly because he was the last of 331 lots to parade in the Swan Valley.  He was also bred and sold by Scenic Lodge and is from a winning daughter of Belle Chanson (G1 Australasian Oaks). 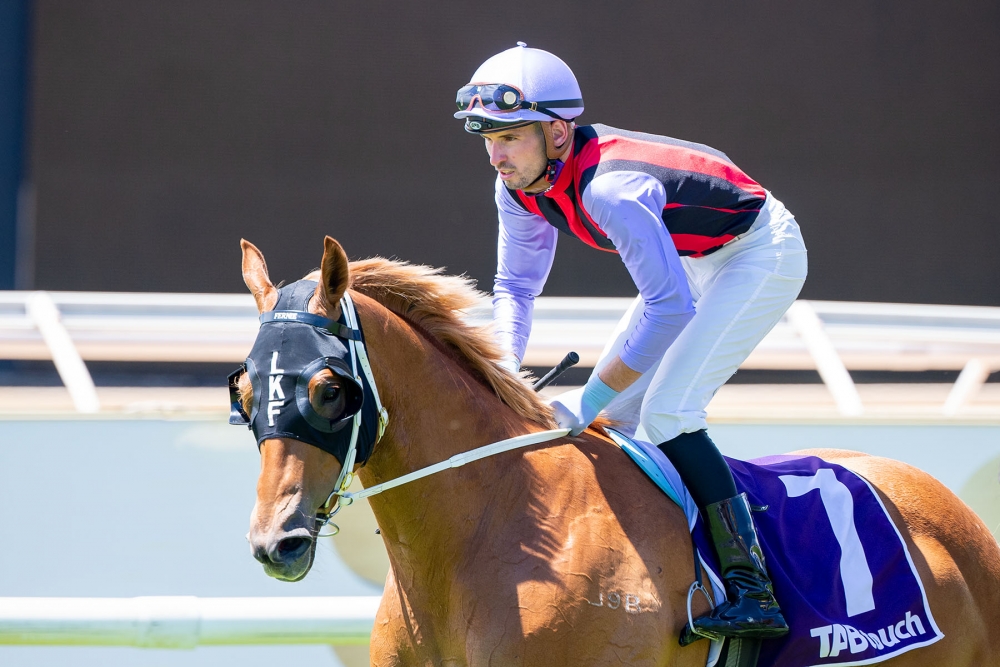