Home TBWA Winner of the Week – JUST A PINCH

TBWA Winner of the Week – JUST A PINCH

Perth owner-breeder Wally Daly and Bullsbrook trainers Sean & Jake Casey must be pinching themselves after their unprecedented winning run in Perth and Melbourne.

Their Gingerbread Man filly Just A Pinch survived a protest to keep the Amelia Park Hcp (1000m) at Belmont last Wednesday and then they combined to win the $250,000 VOBIS Gold Sprint (1200m) with Laverrod (Toronado) at Caulfield on Saturday.

Laverrod was part of a winning double for the same team last month when he won the LR Hareeba Stakes and stablemate Dom To Shoot nailed the LR Mornington Guineas.

Just A Pinch is a homebred for Daly and his brother George who died in March 2020.  Yarradale Stud stallion Gingerbread Man sired her from a half-sister to Vega Magic (Lope de Vega) who was a Group 1 winner of a Goodwood Hcp and Memsie Stakes for the Daly brothers in 2017.

“She has trained on nicely and is getting better and stronger,” Sean Casey said.  “I think she will furnish into a handy horse.” 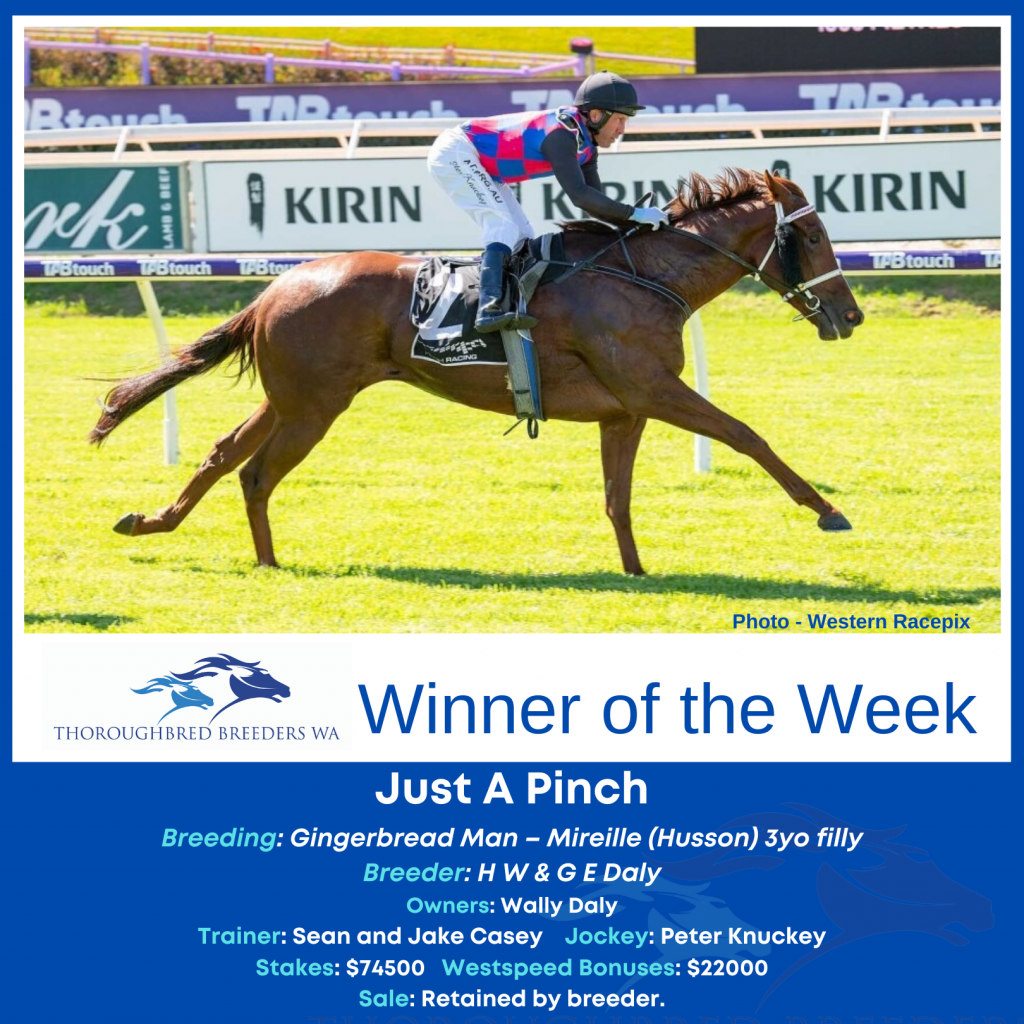 Winner of the Week – Just A Pinch