Kaptain Kaos won like a horse going places when he stormed down the outside to score running away from How’s The Serenity (Magnus) and Bragwell (I’m All The Talk) in the Cool Ridge Hcp (1200m) at Ascot on Saturday.

The Demerit 3yo completed a hat-trick for trainer Michael Grantham following wins at Bunbury and an Ascot midweek meeting in March.  “He was slowly away after turning his head in the gates just as they jumped,” jockey Chris Parnham reported.  “I didn’t expect to be that far back but he travelled strongly and I was conscious not to cover extra ground around the corner.  It was a good win and he’s a nice horse.”

Kaptain Kaos is a 3yo son of former Taunton Vale resident Demerit and is the final foal of Velvet Strike (Commands) who is related to Moonee Valley Group 3 winner Rockets Galore (Whiskey Road).  She was sold as a yearling by Edinglassie Stud (as agent) for $130,000 to bloodstock agent James Bester. 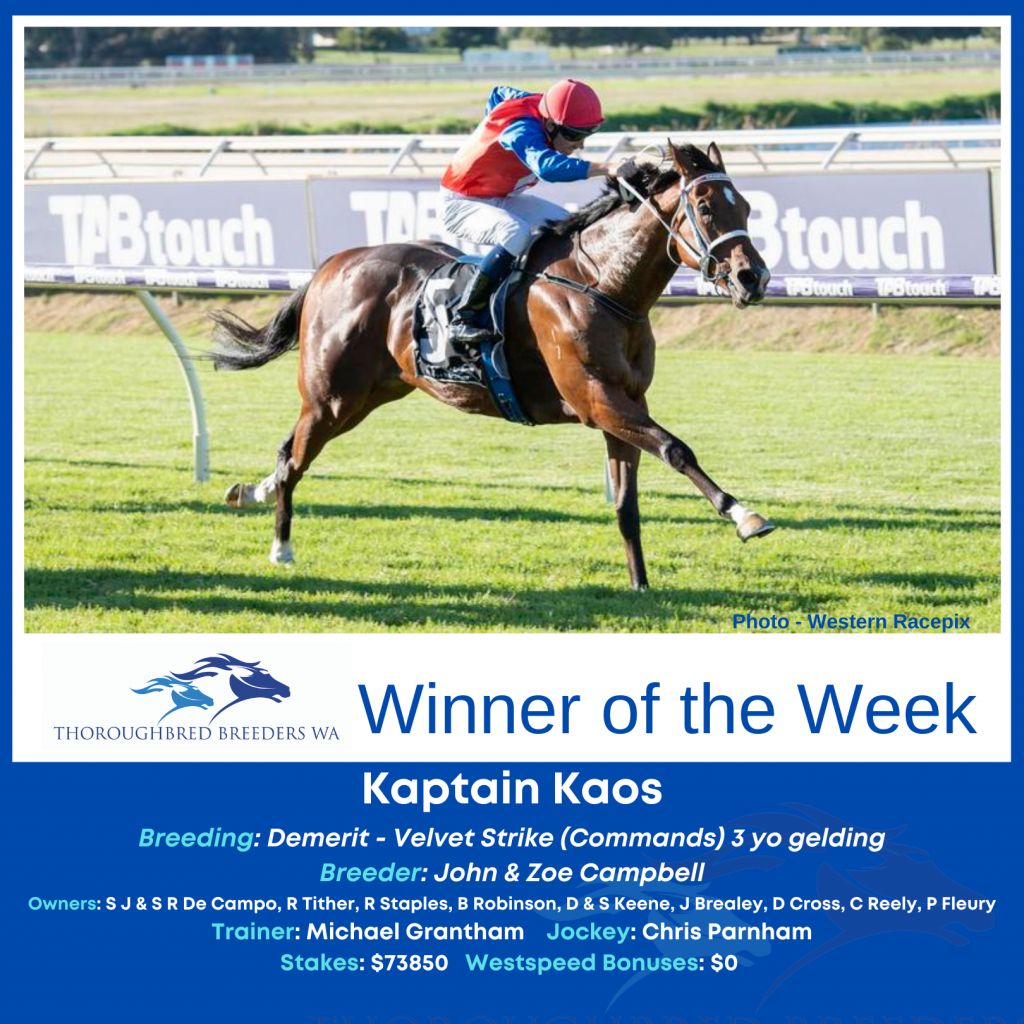 Winner of the Week – Kaptain Kaos