Witchfulthinking sealed a third win for WA-bred horses at the Warrnambool carnival when she scooted clear to win the Catanach’s Jewellers Hcp (1400m) on Thursday.

The speedy daughter of Yarradale Stud sire War Chant (USA) made the most of a track bias favouring inside runners to score by three lengths.  WA had doubled up on Tuesday with La Vina (Artie Schiller) and Dinga (Safeguard).

Witchfulthinking notched the first flat winner for trainer Andrew Noblet at the iconic three-day carnival.  He had won the opening race on Tuesday with Out And Dreaming (Street Boss) in the Welcome To The ‘Bool Maiden Hurdle (3200m).

“I didn’t think my first winner would be a jumper,” Noblet said.  “But I’ll take anything down here!”

Witchfulthinking also provided jockey Patrick Maloney with his first success at Warrnambool.  “I’ve won on her previously and was happy to pick up the ride from Nobby,” Maloney explained after the front-running victory.  “I’ve had that many placings here so this is sweet.”

Maloney has a pedigree going back several generations in Victoria’s western districts.  His great grandfather Jerry won a Grand Annual Steeplechase in the 1930s and his grandfather Jim prepared two Warrnambool Cup winners.

Witchfulthinking was a $120,000 buy from Yarradale at the 2018 Perth Magic Millions.  She races for a syndicate that includes Bruce Mackie, Yarradale Stud, Peter Katelanis and Astute Bloodstock agent Louis Le Metayer.

Noblet had purchased G1 William Reid Stakes winner Silent Sedition (War Chant) in 2014 and he returned to Perth in 2020 to buy Witchfulthinking’s yearling brother for $70,000.

Their dam Rokeby’s Witch (Blackfriars) has a weanling colt by War Chant and was covered by Gingerbread Man last year.  She is a half-sister to the dam of multiple Group 1 winner Delicacy. 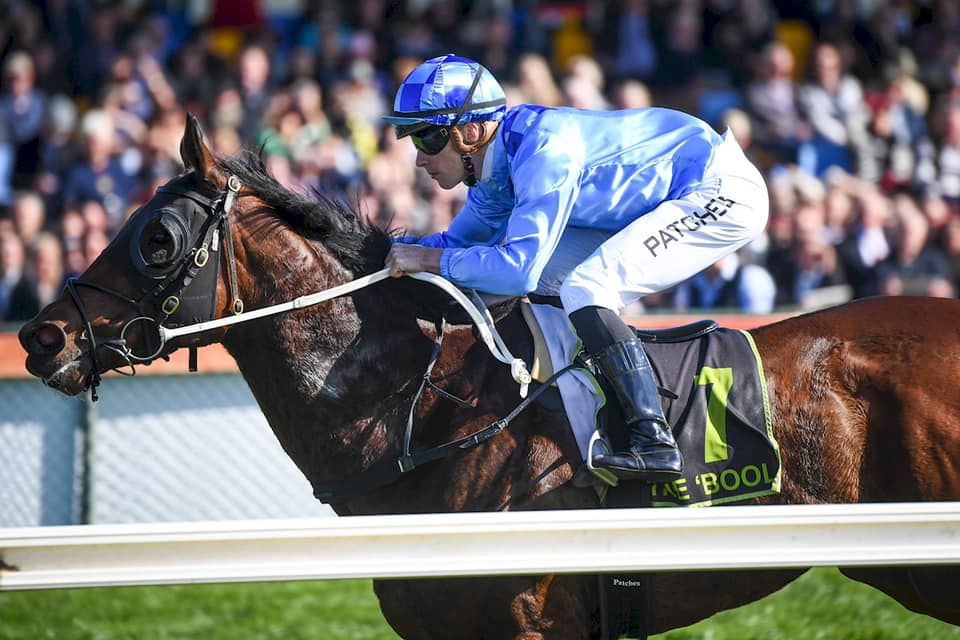