On a spectacular night of action at Riverside Stables, the Peters Investments mare was one of three millionaires purchased by Coolmore Stud’s Tom Magnier.  Her maiden cover will be to Coolmore’s new shuttler Wootton Bassett (Iffraaj).

Celebrity Queen (4m Redoute’s Choice – Celebrity Miss by More Than Ready) was offered as a breeding prospect only by owner Bob Peters through Holbrook Thoroughbreds.  Her first four dams have all been successful at stakes level.

The record-breaking price-tag exceeded the vendor’s expectations.  “I valued her at $2 million and it’s a great result,” Peters said.  “Look at her page – Redoute’s Choice, Danehill, Sir Tristram, Marscay, More Than Ready – all of them champions.”

Bidding opened at $800,000 before pushing through the million-dollar mark and, in typical Magnier fashion, he did not make a move before required.  “She’s a quality mare and a lovely physical.  We are buying the best mares for Wootton Bassett and she’s a standout.  We think she’s a queen and are just very lucky to have her.

“Anything that Bob Peters is associated with is always of a very high calibre.  He’s an unbelievable breeder.”

Celebrity Queen had won on debut at Belmont in August 2019 and returned as an autumn 3yo win at Pinjarra and Ascot.  She graduated to a black-type victory in the LR Colonel Reeves Stakes (1100m) earlier this season prior to a close second to Elite Street in the G1 Winterbottom Stakes (1200m).

Sent to Melbourne in February, she dead-heated with Portland Sky in the G1 Oakleigh Plate at Caulfield before bowing out with an unplaced run in the G1 Newmarket (1200m) at Flemington on March 6. 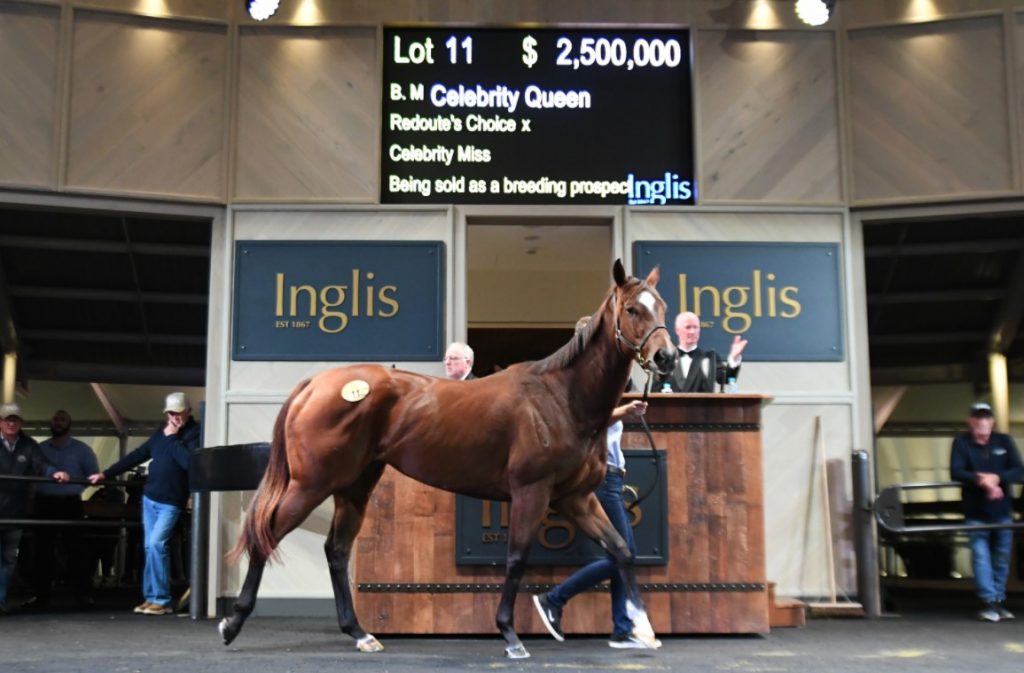