Home Gold Rush for Fernie and All American

Gold Rush for Fernie and All American

Leading trainer Peter Fernie can build up his strike-rate in the Goldfields this season with the stable’s latest maiden winner Double Rush.

The All American gelding was sooled straight to the front by Holly Watson on Sunday and they weren’t for catching in the Little Attitudes Kidswear Hcp (1200m).  He had been beaten by Cyclonical on debut after they staged a two-horse war at Mt Barker in February and the writing was in the wall after another second to Lasting Impact in Kalgoorlie on Anzac Day.

All American (Red Ransom) has now sired 14 individual winners from his initial crop at Geisel Park.

Double Rush (3g All American – No Questions by Xaar) carries the Distinct Racing’s Red, Black & White Checked colours of owner-breeder Geoff Evans.  His dam won a G2 Karrakatta Plate and is back in foal to All American off a September 11 cover last year.

Evans owns Key Farm at Serpentine and his team is led by Trap For Fools (G1 Mackinnon Stakes) and Too Close The Sun (LR Ascot Gold Cup).

Life For A Life (3g All American – Love Of My Life by Celtus) is another Distinct Racing winner from the first crop of his sire at Geisel Park.  He broke through in a Northam maiden earlier this season and doubled up at the Geraldton Gold Cup meeting last month.

Trained by Pearce Racing, he’s the only foal from an unraced daughter of Valparaiso (Bianconi) who won a LR Matchmaker Classic at Ascot in 2006.

All American’s current 2yo crop was conceived during a one-off Victorian season in 2018 before he returned to stand permanently at Geisel Park.

His Lindsay Park 2yo Schramsberg is one to watch following a recent eye-catching trial over 850m at Terang.  He flew in front and was eased down by Cory Parish to be nailed late by Tan Tat Beau (Brazen Beau) in the quickest time of the morning (50.85s).

Geisel Park’s unraced homebred Total Lockdown is another promising 2yo for All American and Ascot trainer Simon Miller.  “I’ve given him extra time before racing,” Miller told The West Australian Newspaper. “He’s big and still learning and it seems he will be a good race prospect.” 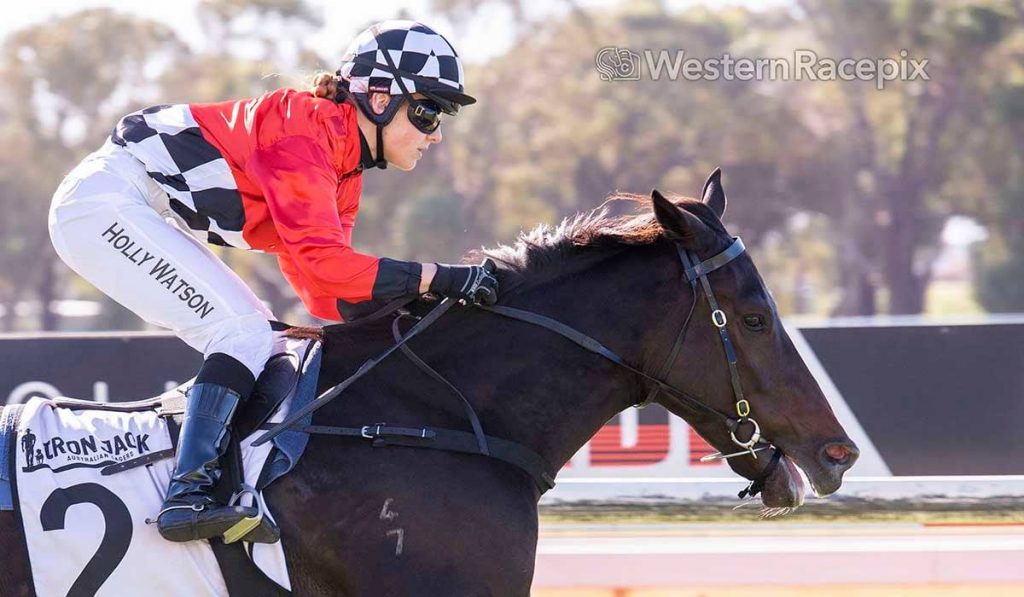 LIFE FOR A LIFE