Arcadia Queen (Pierro) topped three frenzied sessions on the Gold Coast after selling for $3.2 million on Thursday.  She was originally passed-in on Tuesday, however, Arrowfield Stud stumped up the extra cash required by Peters Investments.

Arcadia Queen claimed her first Group 1 in the 2018 Kingston Town Classic (1800m) at Ascot and she added another two at the elite level earlier this season in the Caulfield Stakes (2000m) and Mackinnon Stakes (2000m) at Flemington.

Arrowfield Stud’s Paul Messara revealed he had shown interest in Arcadia Queen in conjunction with a partner when the mare was initially offered prior to the Shadwell Stud Australasia Dispersal.  After 48 hours of considering their options, they came back and offered $3.2 million.

“Looking at it after the event, we valued her around that mark and she’s one of those foundation mares that you don’t get the opportunity to buy too often,” Messara said.  “They are great mares to have, hard to come by, and we are very happy to have her on the farm.”

“Bob Peters has done a great job breeding and racing, so to be able to get into the top-end of that family is fantastic.  We stand Dundeel who would be a perfect cross for Arcadia Queen.”

Peters sold his Group 1-winning mare in Celebrity Queen (Redoute’s Choice) for a sale-topping $2.5 million to Coolmore Stud at the Inglis Chairman’s Sale earlier this month.

Quilista topped Day 2 at the Broodmare Sale on Wednesday when purchased by Cressfield Stud for $1 million.  Bred by Ellie Giles, she is by former Yarradale Stud stallion Scandal Keeper (Danzig) and had opened her stakes winning account in the 2017 WA Breeders’ Classic at Bunbury.

Transferred east from Justin Warwick, she went on to win three more black-type races topped by the G2 Sapphire Stakes at Randwick.  “She’s in foal to Pierata was the pick of the ones I wanted at the sale,” Cressfield owner Bruce Neill said.  “She was a very fast mare and my strategy is to buy fast mares, clear of Danehill, and she fits the bill perfectly.”

The Magic Millions Broodmare Sale followed a record-breaking Foal Sale that was topped by a $1 million I Am Invincible colt from Perth’s 2017 Placid Ark Stakes winner Ocean Jewel.  He will be trained by champion Victorian conditioner Ciaron Maher.

Hoofnote:  Yarradale Stud capped an eventful Wednesday on the Gold Coast when its Stallion & Yearling Manager Davy Hanratty won the coveted Leadership Award at the Australian Stud and Stable Staff Awards.  A feature story on Hanratty by The West Australian journalist Jay Rooney will appear in next month’s Westspeed Stallions Magazine. 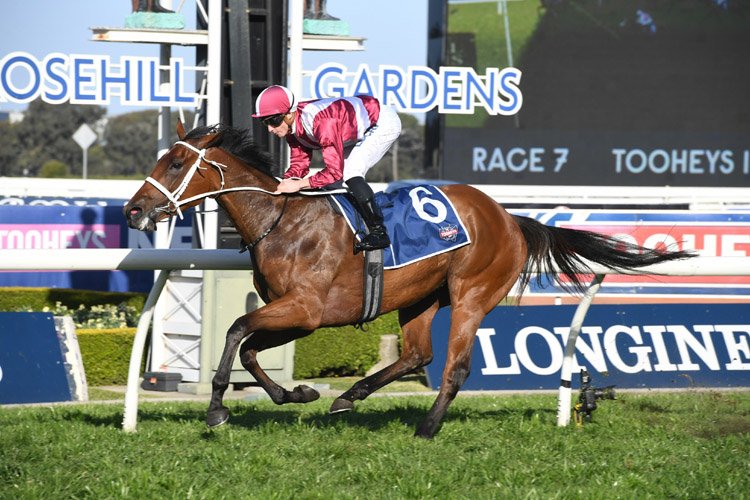