Tri For Us can land some black-type as a legacy for Vital Equine (Ire) during the winter season at Belmont.

The Adam Durrant-trained 3yo filly was denied a winning hat-trick by Bragwell in a head-bobbing finish at Ascot on Wednesday.  She had won a Pinjarra maiden second time out on Anzac Day and then doubled up at Ascot on May 5.

Tri For Us is one of 125 individual winners to date by Vital Equine who succumbed to colic at Roselee Park earlier this season.  She is the 7th winner from Tritri (Tribu) and her final foal is a yearling filly by Demerit.

“She has a motor and has shown us at home that she also has stamina,” Durrant said.  “We might give her a freshen up for a go at the Belmont Guineas or even something like the Belmont Oaks.

“She took my eye straight away even though she had some leg lacerations from when she was a young horse.  I decided to roll the dice and she’s never stopped showing us ability at home.  She’s sound and a beautiful mover.  I can see her sitting up on the tempo over 2000m and handling it just fine.”

Vital Equine was an Irish-bred son of Danetime and he won a G2 Champagne Stakes at York before covering a sole northern-hemisphere book at Bearstone Stud in Shropshire.

It was planned to shuttle him between England and Touchstone Farm in North Dandalup, however, he remained in WA and was later purchased by Yarradale Stud owner Ron Sayers to stand at Gidgegannup and then at Roselee Park in Serpentine.

Roselee Park stands Jimmy Choux (NZ) whose first WA-bred yearlings will be at available at the 2022 Perth Magic Millions.  He will be joined by High Chaparral stallion Laguna De Bay (NZ) who will be covering his first commercial book this year. 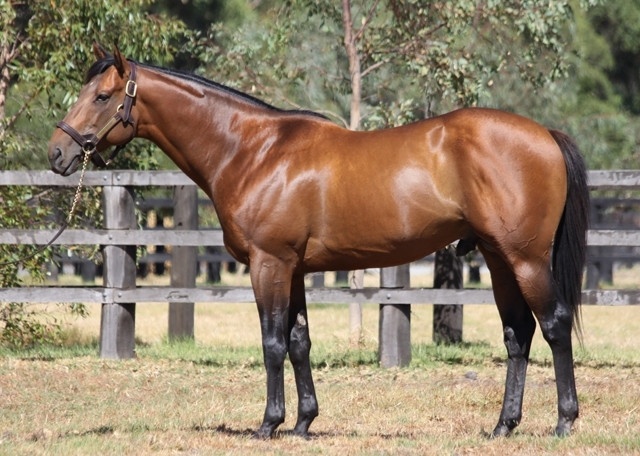