The current 3yo crop of War Chant (USA) have won 11 races so far this season and the latest addition is promising colt War Warrior.

Trained by Dan Morton, he had been placed over shorter trips before stepping up in distance to win the Amelia Park Lodge Maiden (1400m) at Ascot on Wednesday.  Sent out a short-priced favourite, the Yarradale Stud homebred overhauled pacemaker Star Storm and they streeted the field with four lengths to next best Famous Journey.

“He didn’t do much wrong at his first two starts and had been working well,” Morton said.  “He was aided by a good gate and Brad (Rawiller) was confident enough to ride him forward.  The leader gave him something to chase and race fitness helped him get the job done.”

War Warrior is the first foal of LR Matchmaker Classic winner Soldier’s Lass (Soldier’s Tale).  Her second is another War Chant colt purchased by Morton for $80,000 at the 2020 Perth Magic Millions.  Named Warpipes, he was placed behind Pat’s Got Sass second time out at Ascot in March.

Soldier’s Lass is by Soldier’s Tale (Stravinsky) who defeated Takeover Target in the 2007 Golden Jubilee Stakes at Royal Ascot.  Her dam Arabian Lass (Al Mufti) won the G1 Cape Fillies Guineas among four elite victories for trainer Tony Millard.  She was voted South Africa’s Champion 2yo and 3yo Filly in 1995 and 1996 and was initially exported to Ireland by the late Robert Sangster before arriving in Australia.

War Chant (Danzig) had 11 yearlings change hands at a 100% clearance rate during the Perth Magic Millions in February.  Top price of $100,000 was paid by Santo Guagliardo for the Yarradale filly out of City Magic (Bletchley Park). 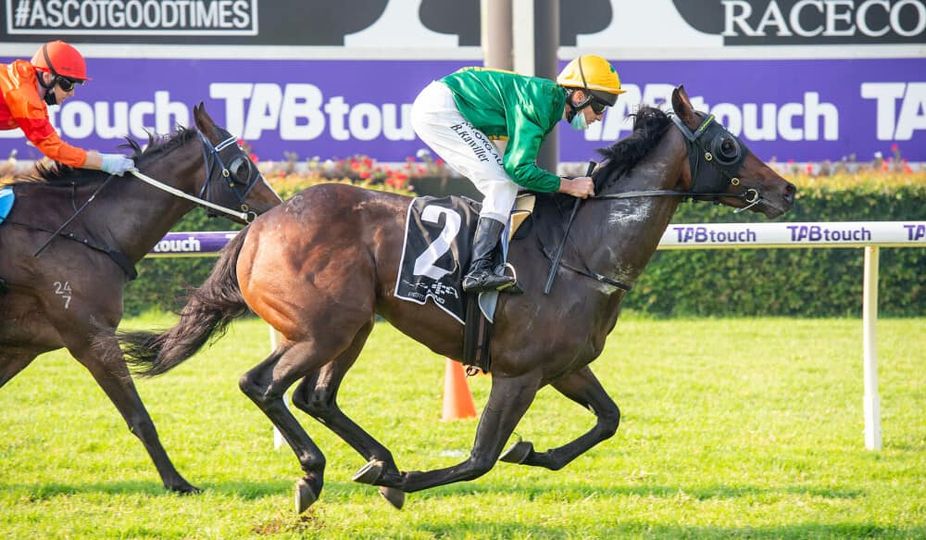