High-end results at the Perth Magic Millions complemented by remarkable strike-rates at Ascot have been the spur for modest service fee increases for Snippetson and Universal Ruler at Scenic Lodge.

The Scenic Lodge pair led all Australian stallions for yearling sale returns this year set against their 2018 service fees.

Perth’s record-breaking Magic Millions Yearling Sale propelled Universal Ruler to the top of the nation-wide list when his 2018 fee ($4,950) was multiplied by 11.3 to his yearling average ($55,909)

“We are delighted with the results for Snippetson and Universal Ruler in the sales ring and on the track in the last 12 months,” Scenic Lodge general manager Jeremy Smith said.  “We are always mindful of our service fees and feel even with this moderate increase they are still both standout options for breeders in WA.”

Snippetson scored a PB during Book 1 of the Magic Millions with the filly from Pearlesque (Statoblest) making $200,000 to the bid of trainer Stephen Miller.  His Book 2 yearlings also received the tick of approval, averaging $70,667 off a 100% clearance rate.

Snippetson was Champion WA Active Sire in 2019-20 and will be hard to dislodge from the top of the table again this season.  Gemma’s Son was the catalyst for an amazing winning run in the second-half of this season when he became the first galloper to complete the Magic Millions 2YO Classic – 3YO Trophy double.

Snippetson’s current crop of juveniles burst out of the blocks with brilliant filly Sniparoochy.  She was unbeaten leading into the Magic Millions 2YO Classic only to suffer a leg injury in running as the odds-on favourite.

Spin The Knife won on debut at Ascot as did Storm Whisper at Bunbury before a head-bobbing second in the LR Perth Stakes (1100m).  Featherweight also saluted at Ascot prior to finishing fourth in the G3 WA Sires’ Produce Stakes.

Universal Ruler has been the most popular sire with WA breeders in recent years, averaging over 100 mares in his last three books.

In light of those figures, the best is yet to come from the Stakes winning son of Scenic (Ire) who has already made an indelible impact in WA.  He was Champion First-season sire in 2013-14, Champion 2YO sire in 2017-18 and Champion Active sire in 2018-19.

Universal Ruler is the go-to sire for the Westspeed Platinum Scheme.  The owners of Military Reign banked $565,200 boosted by $180,000 in bonuses.  All Scenic Lodge stallions are nominated for the lucrative Westspeed Platnium Scheme.

Dash For Cash rounds out the Scenic Lodge roster at $2,200 (inc GST).  He’s a proven sire at a bargain fee off 400 individual winners to date at a 66% winners-to-runners strike-rate. 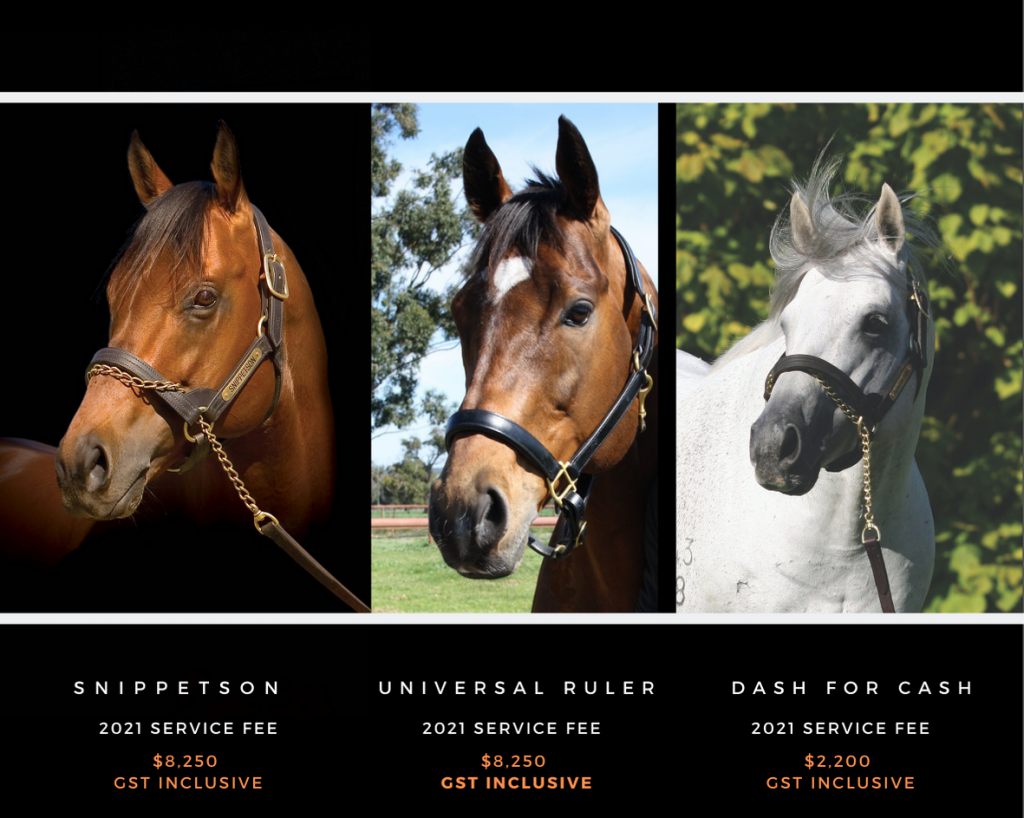