Sockoff – TBWA Winner Of The Week

Oakland Park couldn’t have asked for a better start to Pinjarra’s Thursday meeting when its resident sire Sessions completed a running double with Crypto Queen and Sockoff.

Both fillies were stylish maiden winners and it was a close run thing before we selected Sockoff as our TBWA Winner Of The Week.  She had been prominent behind Six Carat and Kaymay in both starts at Ascot earlier this season but was easy to back at $8.

Brad Parnham sent Sockoff across from an inside gate to lead the field down the grandstand rail in a 1000m autumn juvenile.  Racing with a nose-roll for the first time, she careered away when linking up with course-proper and was a mile too good despite drifting back to towards the inside in the closing stages.

Sockoff (2f Sessions – Bergantina by Passenger) was bred and sold by Blackwatch Stud for $17,000 at the 2020 Perth Magic Millions.  She races for a Loloma Farms syndicate and is bred to get over more ground next season.

The Dion Luciani-trained youngster is the first foal of a mare that won up to 2200m at Ascot for Blackwatch owner-trainer Steve Wallace.  There’s more stamina further back in the pedigree through her third dam Regal Empress (Triumphal March) who won a G1 NZ Oaks.

Sockoff is the second 2yo winner from three starters this season by Sessions.  Oakland Park homebred Toppa the Mountain was the first to weigh in at Ascot in January.

They are from his third crop and the first two have supplied another 24 individual winners at a 60% strike-rate this season.  Sessions (Lohnro) sired last week’s TBWA Winner of the Week Timely Outburst and, a day after the Pinjarra double, he sired Count The Sessions to a second successive victory in Albany.  The speedy Roy Rogers-trained 3yo had been educated by Luciani before transferring to the Great Southern. 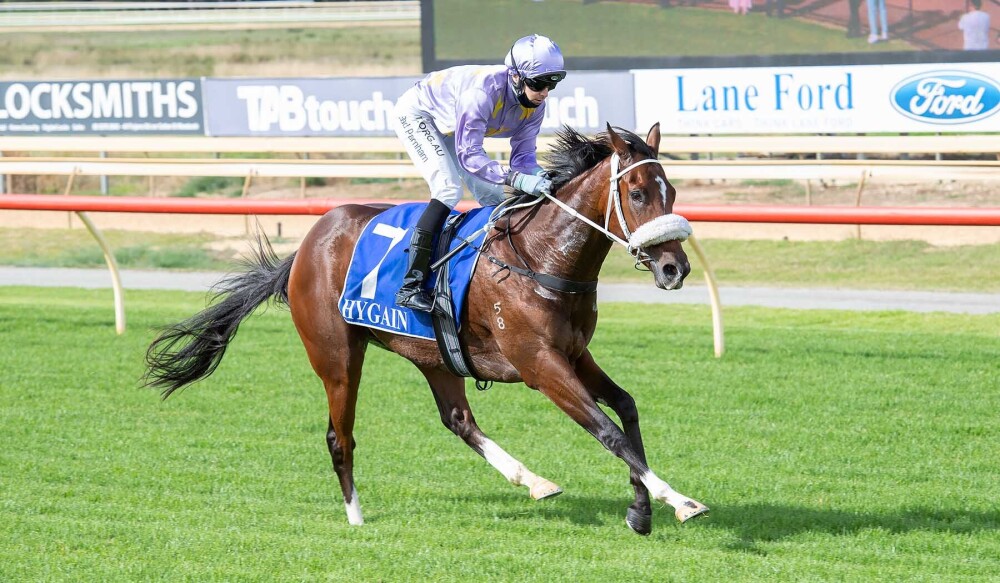