TBWA Winner of the Week – Nowhiteflag

Nowhiteflag may be starting his racing career in the shadow of big sister Fabergino but he appears to have inherited some of her attributes.

Like the flying grey mare, Nowhiteflag is raced by a mix of the same owners in partnership with Jim Anderson who stands their sire Maschino at Alwyn Park Stud.  He was runner-up to Born Spicy on debut at Pinjarra on Anzac Day in the lead-up to a front-running victory in the Hahn Superdry Maiden (1000m) at Northam on Thursday.

“He shows a lot of natural ability, but we’ll just take him along slowly,” trainer Todd Harvey said.  “We’ll probably keep him to the short-course for now, but he’s got such a big stride and motor, I can’t see why he couldn’t get further.”

Nowhiteflag started a $1.80 favourite with William Pike aboard in the Avon Valley.  “He didn’t handle the straight down at Pinjarra,” Harvey added.  “He’s a big horse like Fabergino and he’s a bit fierce like her, too.  He wasn’t broken in until late and is still quite raw.”

Alwyn Park owner John Andrew has confirmed the service fee for Maschino this year remains unchanged at $6,600 (inc GST).  The 13yo son of Encosta De Lago is flying off low numbers early in his stud career but he’s been a constant in the breeding cycle of Miss Razyana (Danzero) since she conceived Fabergino.

Nowhiteflag’s 2yo sister is owned by Peters Investment and has been named Faithful Miss.  Miss Razyana foaled another grey colt by Maschino in September and was bred back as part of his latest book comprising 92 mares. 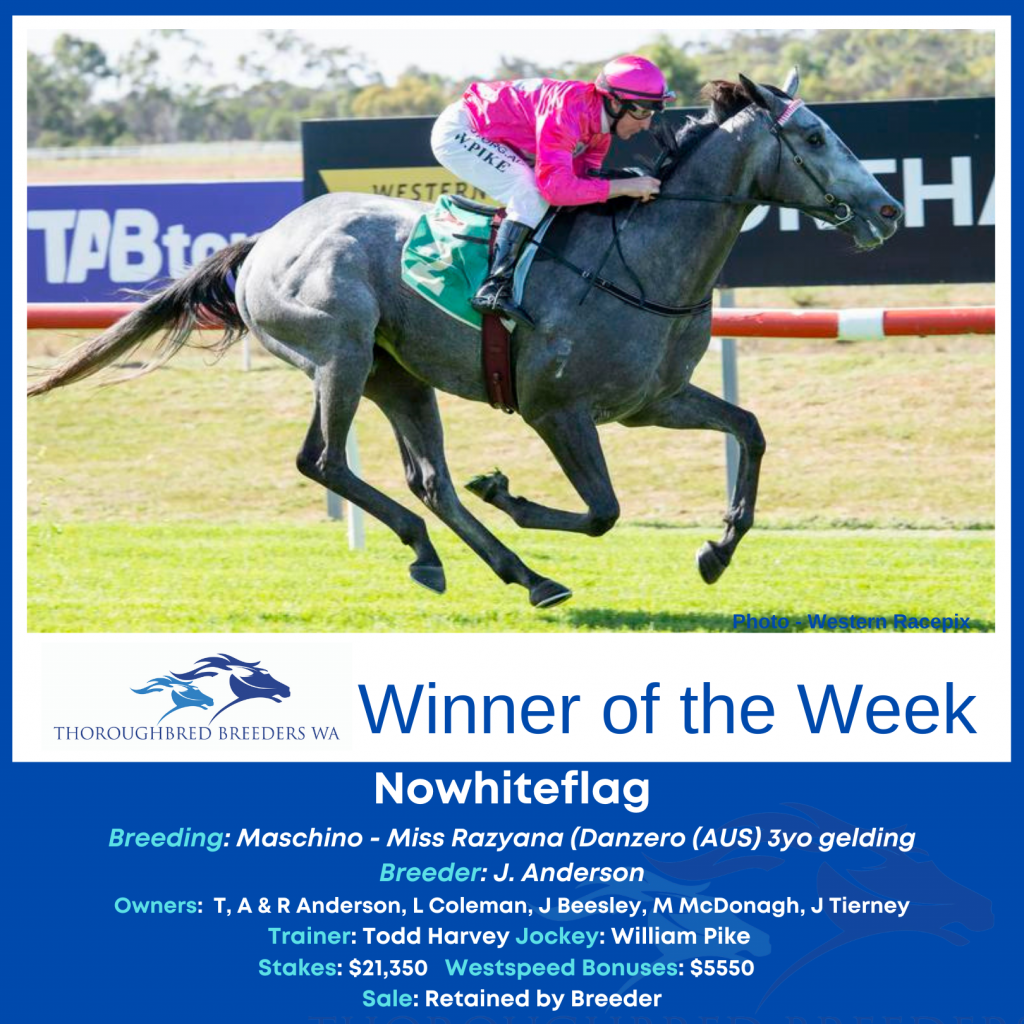 Nowhiteflag – TBWA Winner of the Week