Stephen Miller might have been feeling the effects of the festive season after Timely Outburst won like a good thing on debut at Pinjarra back on December 28.

When stable clients asked if they could still buy into the filly, ‘S J’ let his guard down and long-time supporter Bob Wilson was first in, best dressed.

Wilson has raced stakes winners like Black Felix and Last Of The Line with the Port Kennedy trainer.  “I guess I’m a pretty good bloke,” Miller said with a typical deadpan delivery after the filly won again at Ascot on Wednesday.  “She’s still raw but her mind was on the job today although she did stargaze in the straight.

“There’s not much of her but she’s getting stronger and is more mature in the head.  Nicole (Hopwood) didn’t put her under any extra pressure and she might get further than I first thought.”

Timely Outburst (3f Sessions – Carryon Regardless by Mosayter) was a $25,000 buy for Miller’s Millfield Park Stables at the 2019 Perth Magic Millions.  She was bred and sold by Bellbridge Park’s Siobhan Campbell from a mare who won twice at Belmont.

Miller also purchased the Vert de Grece (Ire) half-sister to Timely Outburst from Bellbridge for $44,000 at this year’s Magic Millions. 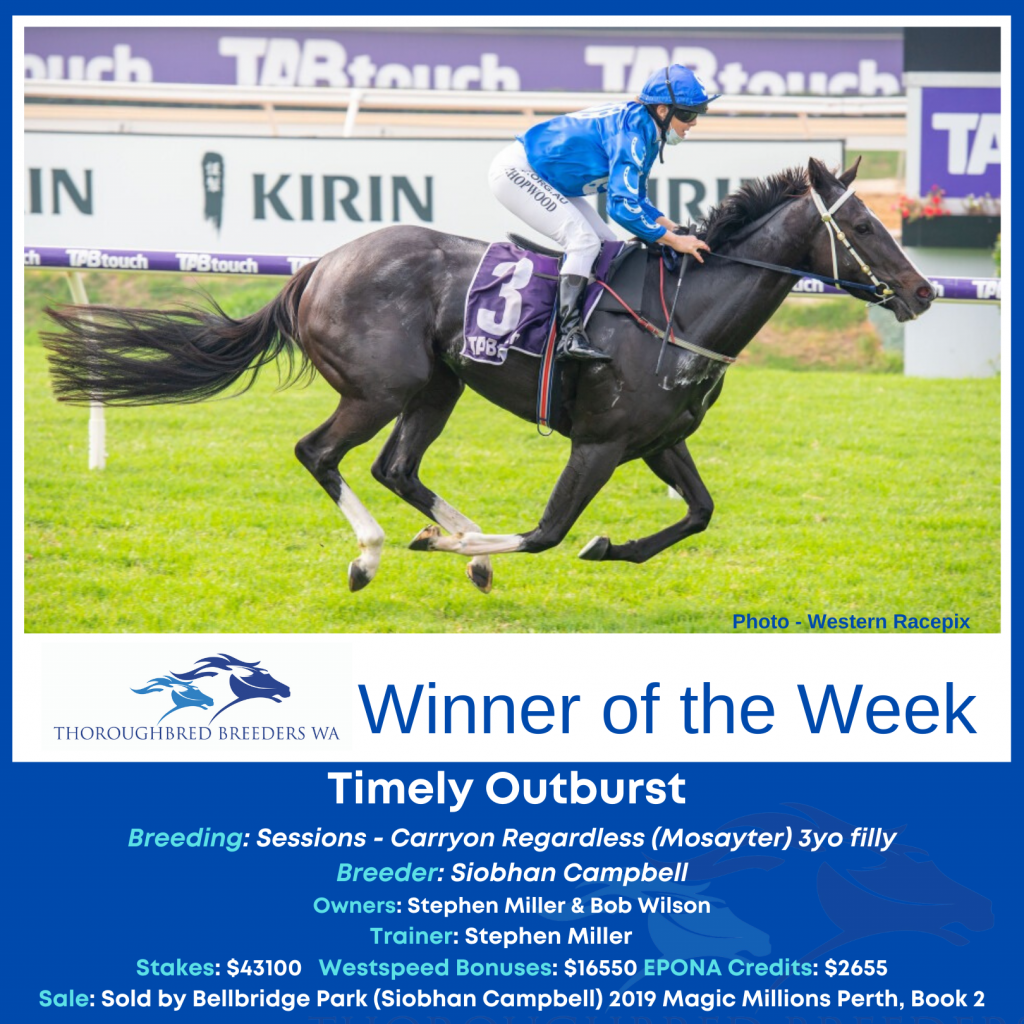