The Spruiker spelled the end for most punters in the first-leg of the Belmont quaddie on Saturday.

But the 3yo son of I’m All The Talk didn’t give bookmakers a skinner.  Racing first-up since Boxing Day, he firmed from $41 into $31 due to stable support before the Amelia Park Hcp (1300m).

“He’s been flying at home and I was confident even though it was a hot field,” in-form trainer Steve Wolfe admitted.  “He’s was fit enough and I told ‘Shooter’ (McGruddy) not to worry about 1300m fresh.”

The Spruiker is the latest TBWA Winner Of The Week and he also gave I’m All The Talk the first-leg of a running double on the opening day of the Belmont season.  The Darling View sire doubled up with Billy Ain’t Silly in the Crown Perth Hcp (1600m).

Both gallopers are being set for the LR Belmont Guineas (1600m) on June 19.

McGruddy settled The Spruiker behind Timely Outburst but gave ground at the top of the straight when the Sessions filly sprinted to a clear margin.  But once balanced, the Great Southern visitor ranged up to score by a half-length.

The Spruiker was bred by Wolfe and is the first foal from his Belmont-winning NZ-bred mare Pins Perhaps (Pins).  Her final foal is a 2yo son of Playing God.  Wolfe has been a strong supporter of I’m All The Talk and also prepares Watch Me Dance (G2 WA Sires’ Produce Stakes) and recent Ascot winner Bragwell. 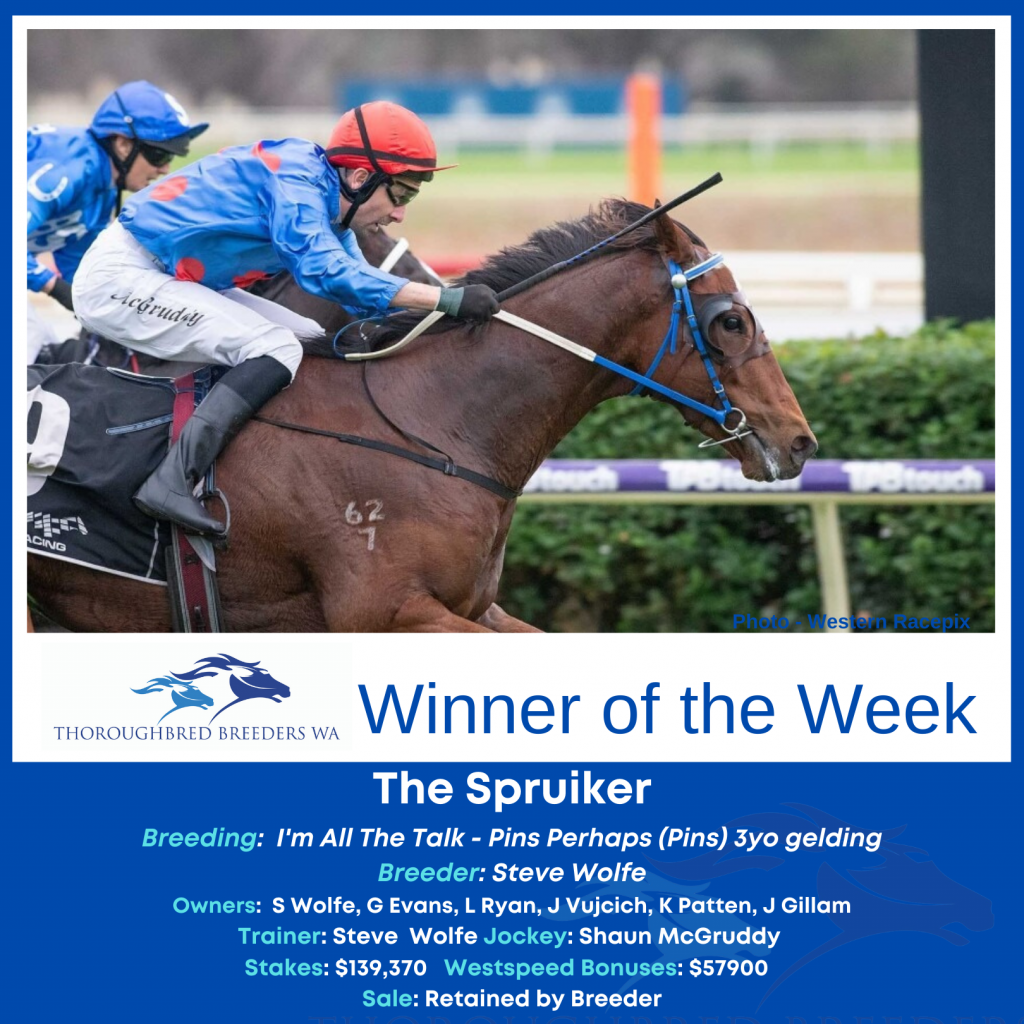 The Spruiker – TBWA Winner of the Week