Tiger of Malay became the latest WA-bred feature winner in the Eastern States when he surged from midfield to claim a short-neck victory in the G2 BRC Sires’ Produce Stakes (1400m) at Eagle Farm on Saturday.

He was bred by Bridie O’Bree in partnership with her children Jaime and Daniel who operate Ruby Racing & Breeding at Kojarena.  They sold Tiger of Malay for $255,000 through Tyreel Stud at the 2020 Inglis Easter Sale and kept a share in a syndicate managed by Newgate Bloodstock and China Horse Club.

The BRC Sires’ Produce Stakes was worth $1million and Tiger of Malay is being set for a similiar big-ticket pay-day by trainers Richard and Michael Freedman in the G1 J J Atkins Stakes (1600m) at Eagle Farm on June 12. 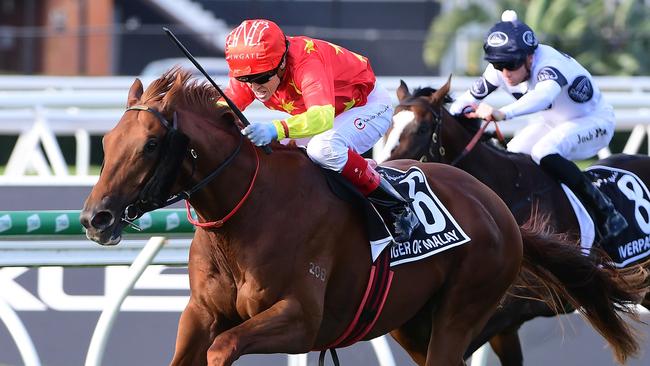