Home Beads on the board for Secret View

Beads on the board for Secret View

The Star Turn youngster benefited from a rails run in the straight before putting them away like a very promising galloper at Belmont.  He had put the writing on the wall when splitting Forever Dreaming (Cable Bay) and Vranyo (Star Turn) on June 9.

Beads was backing up for a third start in as many weeks at Belmont for trainer Steve Wolfe and stable jockey Shaun McGruddy.  He tracked the speed set by Star Soprano and took advantage when the leader drifted off the fence in the Crown Perth Plate (1000m).

“We were blocked for a run but there was plenty of horse beneath me,” McGruddy explained.  “There wasn’t much room so I had to breathe in when we took the gap.

“We’ve been really happy with the way he’s progressing.  He was green at the trials and then had the run of the race first-up but didn’t know how to let down.

“Last time out he did let down but was collared late over 1200m.  Dropping back in distance and having them run along made all the difference today.”

Wolfe bought him privately from the Marwicks who operate Secret View Thoroughbreds at Elleker.  They had purchased him as a foal from Torryburn Stud for $62,500 at the 2019 Magic Millions National Sale.  His dam Sopraffina (Exceed And Excel) is a winning half-sister to Green Roller (TRC Strutt Stakes LR) and the dam of Ugo Foscolo (NZ 2000 Guineas Gr.1).

“He’s an exciting horse and it’s good to see him on the board!” Wolfe said.  “He improves with every day in the stable and really put it all together with a decisive victory.”

Heavenly Waters was a bargain $9,000 buy for Albany trainer Roy Rogers from Secret View at the 2020 Perth Magic Millions.  She is by Headwater from Serafina (Snitzel) who is a daughter of South African Group 1 winner Mythical Play (SA Fillies Guineas & Paddock Stakes). 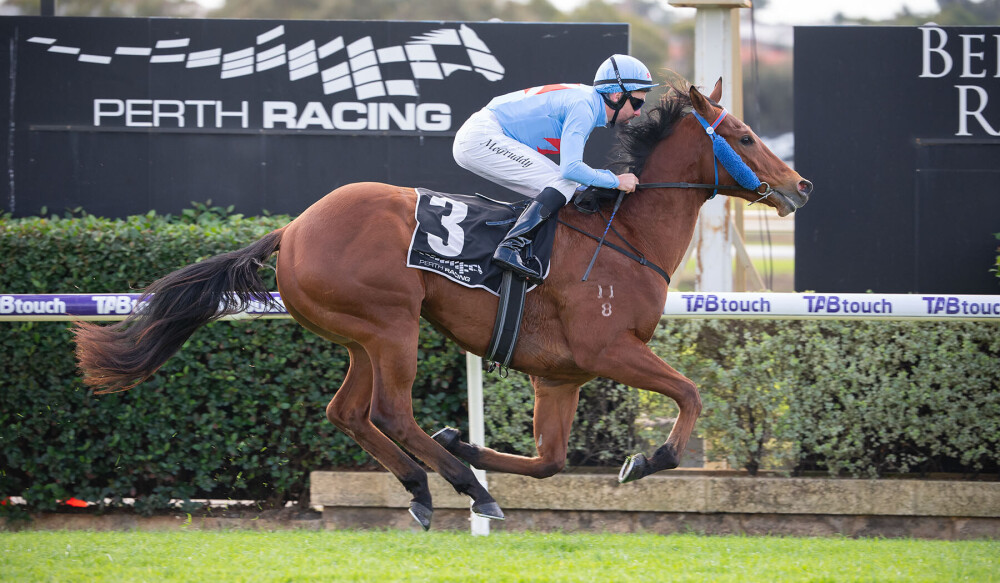