Last year’s G2 Karrakatta Plate winner hadn’t been in the call since arriving from Perth until Neil Callan jumped aboard earlier this month.  The Gingerbread Man 3yo had been a luckless fourth at his previous outing and Callan left nothing to chance in the Mount Cameron Hcp (1200m) at Sha Tin on Saturday.

Ima Single Man was roused out of the ruck approaching the furlong to give When You Believe (Fighting Son) a four-length start and a beating.  Callan was clearly pleased as they stopped the clock in 1.08.54s.

Ima Single Man was raced by Yarradale owner Ron Sayers after failing to reach a $60,000 reserve at the 2019 Perth Magic Millions.  Trained by Chris Gangemi, he won an Ascot midweek juvenile on debut and a fortnight later flew under the radar to beat Watch Me Dance, Dark Assault and Gemma’s Son in the Karrakatta.

That formline has stacked up in Perth this season and there’s more to come in Hong Kong.  “He’s a work in progress,” Callan said.  “He’s still got improvement mentally and should be able to go on.  It was a good win today and there’s more if he’s switched on.”

Ima Single Man had been seen sold to Hong Kong within weeks of his win in the Karrakatta.  An undisclosed offer had been accepted from agent Apollo Ng who was acting on behalf of owner Fion Luk Sin Fong.

Gingerbread Man (Shamardal) sired him from Single Spice (Not A Single Doubt) who won a LR Supremacy Stakes at Ascot in 2011.  She has been a wonderful producer for Yarradale delivering seven foals in a row before a season off 2019.

Single Spice’s first foal Wild Ava (High Chaparral) won at Doomben and her first foal for Aquis Farm is a yearling colt by Merchant Navy.  Her 5yo mare Ahyoka Frost (Frost Giant) won at Ascot in February for trainer Stefan Vahala and a syndicate that includes Yarradale.

The first mating with Gingerbread Man produced Double Spice who won a Belmont maiden this time last year and added a Bunbury Class 1 on Australia Day.  Sayers stayed in after selling him to Oliver Kiddie and Mark Wilson for $50,000 at the 2018 Perth Magic Millions.  Double Spice has been placed at his last three starts in town and Stephen Miller will have him primed for 1200m at Belmont this Wednesday.

Her latest foal is a Gingerbread Man yearling filly and following that season off, she travelled to Victoria for a cover by Godolphin’s Royal Ascot Group 1 winning sprinter Blue Point (Shamardal).

Hoofnote:  Connections will have to find a replacement rider for Ima Single Man after Callan’s 10-year stint in Hong Kong finishes next month.  The British Group 1 jockey has been off-side with authorities following a controversial careless riding charge that erupted into a slanging match with stewards at Happy Valley on February 3. 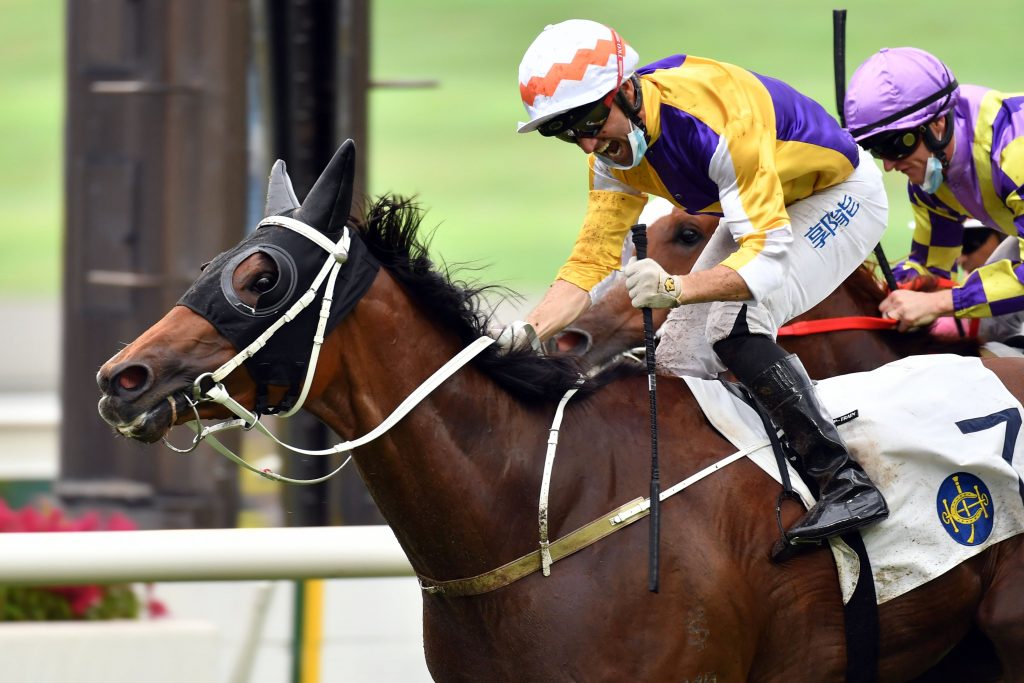