Elite 2yo Walkin’Talkin’ wins at Wyong

Darling View Thoroughbreds sire I’m All The Talk notched his latest interstate win with Walkin’Talkin’ at Wyong on Thursday.

Starting an odds-on favourite after an encouraging debut at Scone last month, he was rated perfectly by Rachel King for an on-pace victory in the Wyong Roos Foundation 2YO Maiden (1000m).

Walkin’Talkin’ held the rails from Compassionate (Into Mischief) and when King released the brakes in the straight, he accelerated to win as he liked in the same white and pale blue colours as his sire.

I’m All The Talk (Stratum) won a G3 Skyline Stakes (1200m) at Warwick Farm for Elite Thoroughbreds and trainer Gary Portelli.  They bought Walkin’talkin’ for $45,000 at the 2020 Perth Magic Millions Yearling Sale.

“I almost feel like a proud father,” Elite manager Adrian Allan said.  “That was just his second start.  He did it in fine fashion and appears to have a bright future!”

Walkin’Talkin’ was bred by Mungrup Stud from speedy mare Scuffs (Speed Week) who has a perfect record at stud from four to the races.  She was a Listed winner of the 2008 Summer Scorcher and Australia Day Stakes.

Portelli has been as good as his word after paying a flying visit to inspect I’m All The Talk prior to his first yearlings going under the hammer in the Swan Valley.  “I want his progeny in my stable.  He was the fastest sprinter out of the gates I’ve ever trained and is a terrific stallion prospect.”

His first buy in 2019 was a filly from Stormvielle (Stormy’s Son) now named She Can Talk.  She’s due to break through after placings at her first three starts this prep.

Another I’m All The Talk 3yo in the pipeline is Russell Stewart’s unraced gelding Parlare.  He’s a half-brother to G2 Pago Pago Stakes winner Salade and won a Lark Hill trial untouched last month.

I’m All The Talk is 6th on the Australian second-season premiership with earnings of $2.17 million in 2020-21.  Among his 20 individual winners this season are interstate-based All Banter (LR W J Adams Stakes at Caulfield) and Garrire (Morphettville). 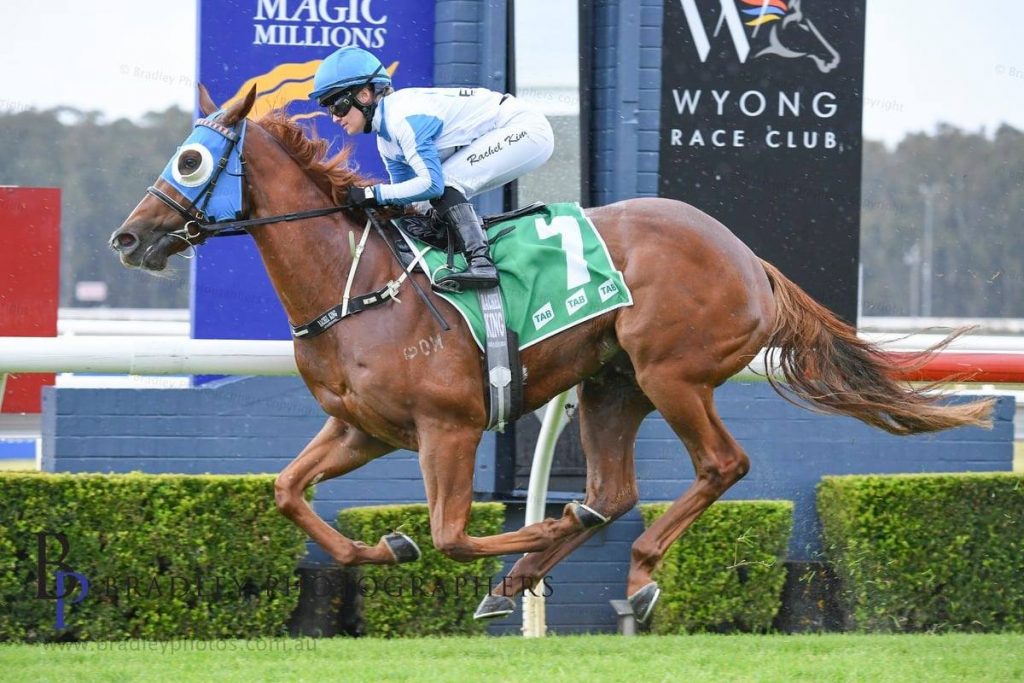