War Chant mare Express Time has learned to settle in her races and that made all the difference when she kept finding to win the TABtouch Westspeed Platinum (1000m) on Saturday.

Trainer Neville Parnham had no qualms backing her up after a seven-day break despite the steadier of 58.5kg.  “We made the decision this morning,” Parnham explained.  “She met a much handier field last week and had done well in the stable.  She did a good job outside leader today and I think there’s more wins in store.”

Express Time has improved her manners after many hours of remedial work behind the scenes.  “She would take charge of Brad (Parnham) and he couldn’t hold her,” Parnham snr recalled.  “Ear-muffs helped and she’s going that well now we might consider removing them in the future.”

The 4yo grey mare had been held back with growing pains and shin-soreness earlier in her career but was good enough to win at Northam (2) and Belmont in her first 8 starts.  “I’ve always had a pretty good opinion of her,” Parnham said.  “But being so highly-strung meant she took longer to show all that ability on raceday.”

Express Time was bred and sold by Yarradale Stud owner Ron Sayers for $110,000 at the 2018 Perth Magic Millions and he kept a share with Santo Guagliardo, Bob Pearson and Parnham’s wife Carol.

Her dam Even Astar (Kendel Star) was a Listed winner of the Belgravia Stakes and Burgess Queen Stakes in 2010.  She has a yearling filly by War Chant was bred back to Playing God on a September cover in 2020.

War Chant (USA) also had classy filly Chantorque return to form in the Furphy Hcp (1200m) on June 5.  “She found her mojo and it’s a relief to see her win,” trainer Russell Stewart said.  “I took the blinkers off on a drier track today and ‘Shooter’ McGruddy was back on board.”

Chantorque (3f War Chant – Contortion by Redoute’s Choice) scored at Listed level in the Placid Ark Stakes (1200m) at the 2020 Ascot carnival and Stewart announced she would be going out for a spell ahead of another summer campaign next season.

Queenslea Park breeder Alan Morton leased her to Stewart and a syndicate of first-time owners after she was passed-in at the 2017 Perth Magic Millions.  Morton also bred War Chant’s millionaire mare Dainty Tess. 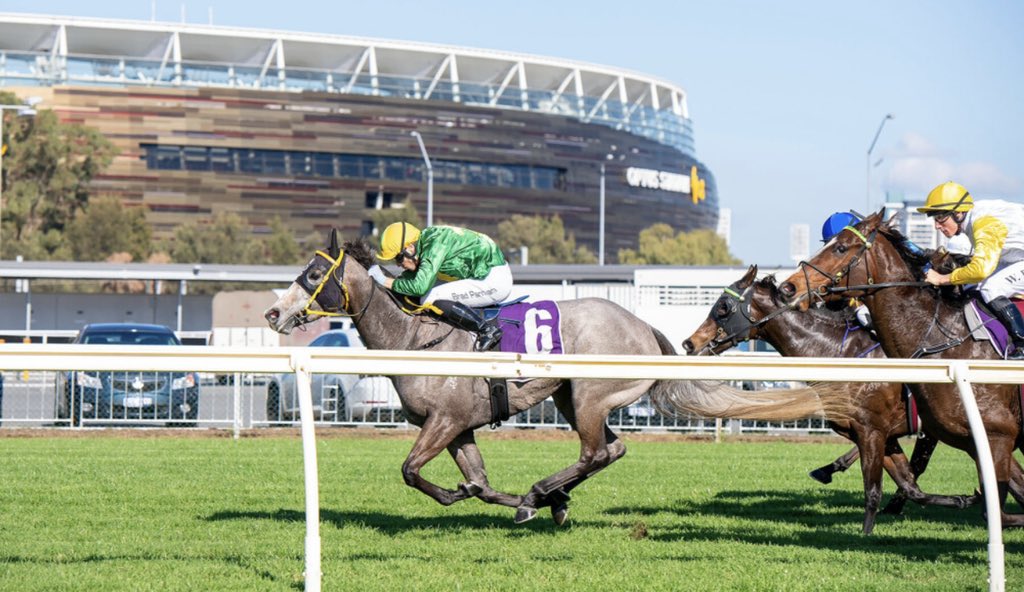