Bandalera Beau appeared to get the better of stablemate Guard the Safe (Safeguard) but Hall Of Fame trainer Fred Kersley left it to the judge when asked for his opinion.  “I didn’t really know when they hit the line.  I did say before the race there’s not a lot between them and I think they’ve both got a future.

“There was probably a question mark on the winner at his second start over 1400m but he’s a capable galloper and I’m pleased we’re getting up over that distance instead of repeatedly racing over 1000m.”

Bandalera Beau is owned by Kersley’s wife Judith in partnership with owner-breeder Santo Guagliardo.  His dam Bandalera (Scenic) won twice over 1400m at Belmont and is a half-sister to Northam Cup winner Capuchin (Blackfriars).

Bandalera’s final foal is a rising 2yo filly by Rommel with Gingin trainer Ash Maley.

Apprentice Beax Banovic-Edwards presented Bandalera Beau with a well-timed finish after being bumped by Guard the Safe near the 300m.  “He was very green on debut at Pinjarra last month and we were wide the whole trip,” she recalled.  “But he fought it out and was brave again today.”

Guagliardo raced Rommel to feature wins in the G2 WA Guineas at Ascot and G3 Zeditave Stakes at Caulfield.  He stands the son of Commands in association with Mogumber Park owners Colin Brown and Fiona Lacey.

Rommel is a Top 10 Australian first-season sire with his five winners earning over $500,000.  His second-crop yearlings were in demand at Perth’s Magic Millions in February and his full-brother to Ascot stakes performer Pixie Chix smashed the Book 2 record when selling for $180,000 to Neville Parnham.

Mogumber Park stands Rommel alongside Safeguard (Exceed And Excel) who was Champion WA 2YO and Freshman sire in 2018-19.  They are both priced at $4,400 (inc GST) service fees this year. 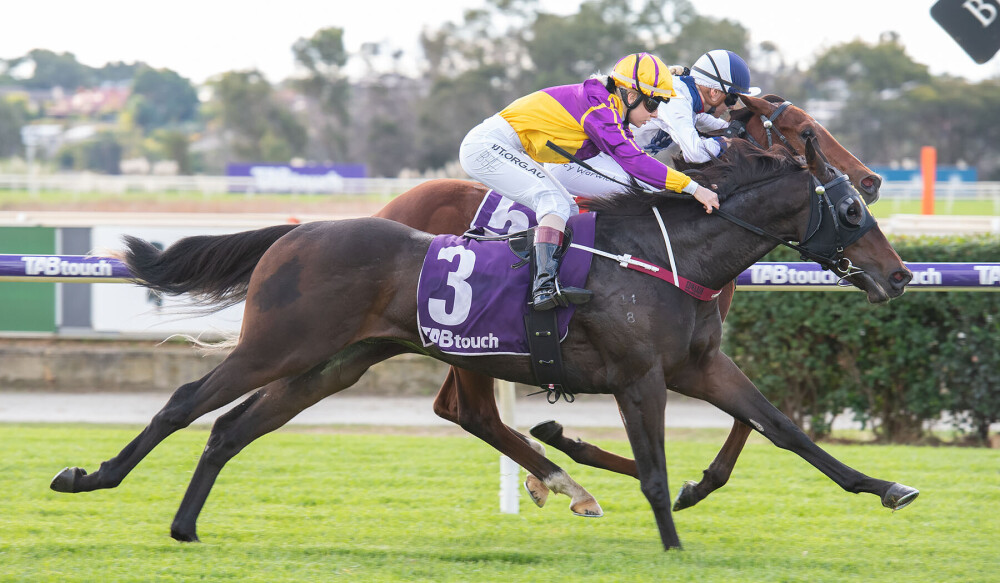