Good win by Garrire in Adelaide

Group 1 trainer Gordon Richards will have a strong team to back up stable star Gytrash next season.

Richards will set Gytrash (Lope De Vega) for the $14 million The Everest at Randwick in October and he also has promising 2yo geldings Magic Max (Magnus) and Garrire (I’m All The Talk) heading to the spring carnivals.

Magic Max won the Leanne Napper Hcp (1200m) at Caulfield on Saturday and minutes later Garrire was successful in the Furphy Hcp (1000m) at Morphettville.  “Magic Max showed he was definitely up to Melbourne company and Garrire was impressive,” Richards said.  “He got a long way back and showed enough to suggest he could be really good.”

Garrire (2g I’m All The Talk – Miss Kincaple by Pentire) had been unplaced first-up in the LR Without Fear Stakes on May 1 and was then runner-up at Balaklava on May 12 before returning to town on Saturday.

“He had to go back from the draw which is often a death sentence on the inner track,” Richards said.  “We will send him to the paddock now and no doubt will come back better.  He was odds-on last start so I was a bit surprised he wasn’t shorter than $13 today.”

Garrire is the second interstate winner for Darling View Thoroughbreds sire I’m All The Talk following All Banter in the LR W J Adams Stakes at Caulfield in January.  He was bred and sold by Mungrup Stud for $55,000 at the 2020 Perth Magic Millions.

His dam Miss Kincaple (NZ) is a full-sister to G3 Strickland Stakes winner Kincaple.  She was purchased by Bernard Stapleton at the Mungrup Stud Dispersal last year and then covered by Willaview Park sire A Lot (USA). 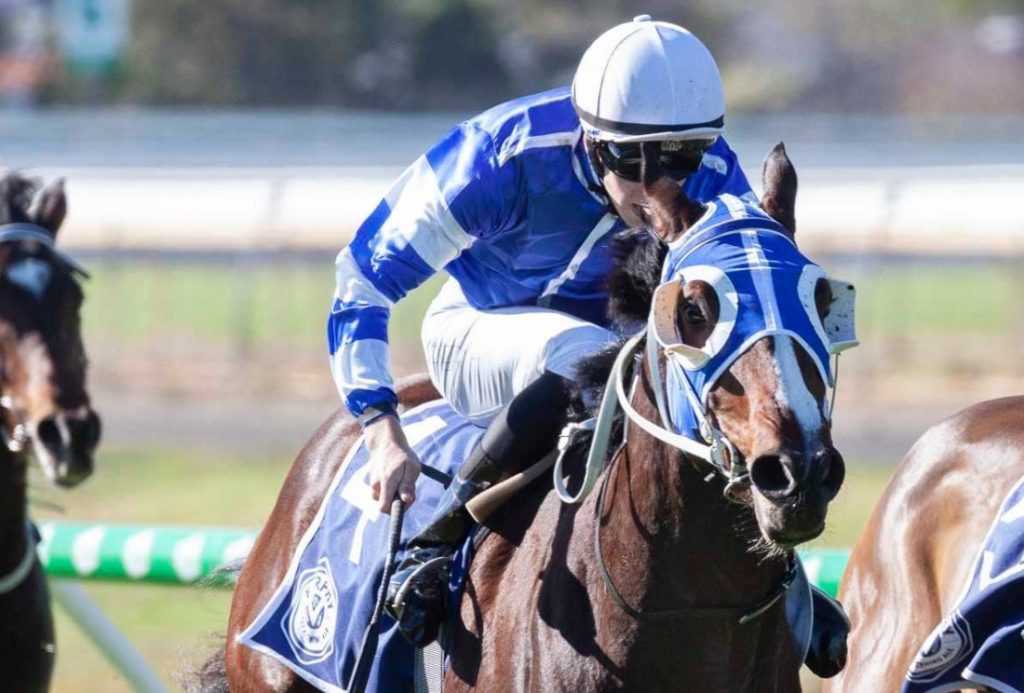