The Hall Of Famer trains Stylax for Boallia Farm owner-breeder Tracey Bannister and he was backed from $5.50 into $2.20 to win the Amelia Park Maiden (1200m).  The writing was on the wall after a never-nearer fifth first-up at Pinjarra

Stylax sat behind the leader and took advantage of the cut-away rail to finish the race off like a horse going places.  His dam Biscay Bonny (Stormy’s Son) is a three-quarter sister to Kalatiara (G2 WA Guineas) and Kentiara (LR Detonator Stakes) and her latest foal is a King’s Troop filly with Ben Duncan.

“I like the Thorn Dancers.  He’s by Thorn Park and they go alright,” Kersley said as Stylax returned to scale.  An hour later, he welcomed Sketta back to the enclosure and quipped; “I like the stallion a little bit more now!”

Sketta went out a short-priced $2.25 favourite and also took a short-cut along the fence in the Quayclean Hcp (1300m).  She’s a homebred for Fred’s wife Judy and her dam Misshelenus (Helenus) is out of a sister to True Roman (G2 Karrakatta Plate).

Thorn Dancer was trained by Frank Maynard to win at Pinjarra, Belmont and Ascot and he was also runner-up, beaten a head by Clueless Angel, in a G2 WA Guineas.  He was initially retired to Sovereign Stud and was later transferred to Boallia Farm 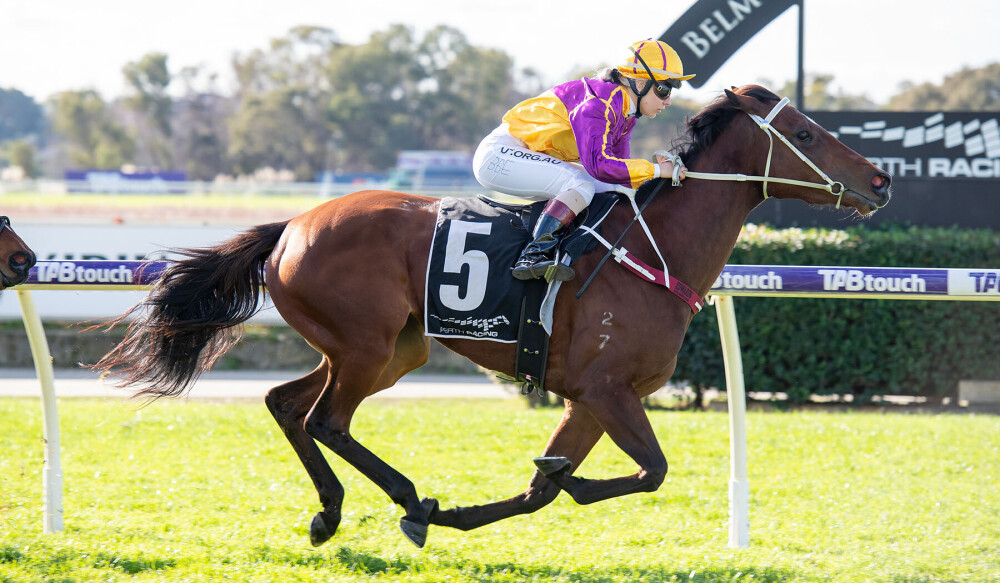