Catalogued as Lot 13, the stakes-placed Peters Investments mare will help rejuvenate the Gold Front broodmare band after plans to purchase yearling fillies in the Eastern States had to be shelved due to Covid-19 restrictions.

“We’re looking to rebuild,” Sue Olive told Alex Wiltshire of ANZ Bloodstock News.  “She was one of the top picks that were going through the sale today, so we put our eyes to her and, we didn’t quite want to go that extreme, but you’ve got to pay if you want them.

“We haven’t ventured too far because of the Covid situation.  My big plan, which is what we started to do with Snickerdoodledandy, was to head over to the Gold Coast and start buying yearling fillies, put them through and hope they start doing something on the track for you and then back to the breeding barn, but it all fell in a hole when Covid rose its ugly head.

“So we’ve come here and just trying to pick out the best of the best that’s coming through.  Anything coming out of Bob Peters’ stable is top quality. You would go a long way to beat him, he’s the master of it.”

Olive confirmed plans to continue to race the rising four-year-old, a two-time winner, including once at two, and twice placed at Listed level, before heading to the breeding shed this spring, where she could be covered by resident stallion Awesome Rock (Fastnet Rock), who on Saturday scored his second first-crop winner courtesy of two-year-filly Searchin’ Roc’s.

“We’re looking at racing her for a little bit longer, just to get her through to September and have another look at it then,” said Olive.  “I don’t have a plan at this stage, we were just hoping to be able to get her, but we will try and get a few more wins and then match her up closer to September.

“She could go east and be covered there, but we’ll see what she does and match her here in WA first possibly.  Awesome Rock is one I thought she could go to, but we’ll just go and look through the bloodlines and see if he matches.   She should do on type, because he’s quite a nice big bloke and she’s quite a good size mare, too.”

There were 13 horses from the Bob Peters reduction draft and three of those filled the top three lots to sell, as rising six-year-old mare Morning Song (Bernardini) sold to John Chalmers Bloodstock for $75,000, while four-time winning gelding State Attorney (Haradasun) fetched $55,000 to Michael Pike.

Meanwhile, a daughter of Willaview Park sire A Lot (Tapit) topped the Winter Yearling Sale.  The filly (Lot 44) from the Warwick Racing Dispersal draft sold to Luke Fernie for $50,000.  Out of winning mare Princess Hallowell (Oratorio), she is a half-sister to two-time winner Bragwell (I’m All The Talk).

Concluding the Winter Sale was the 53-lot Thoroughbred Sale, and NSW-based Jane Henning went to $70,000 to secure four-time winning High Chaparral mare Arazona, in foal to I’m All The Talk (Stratum). 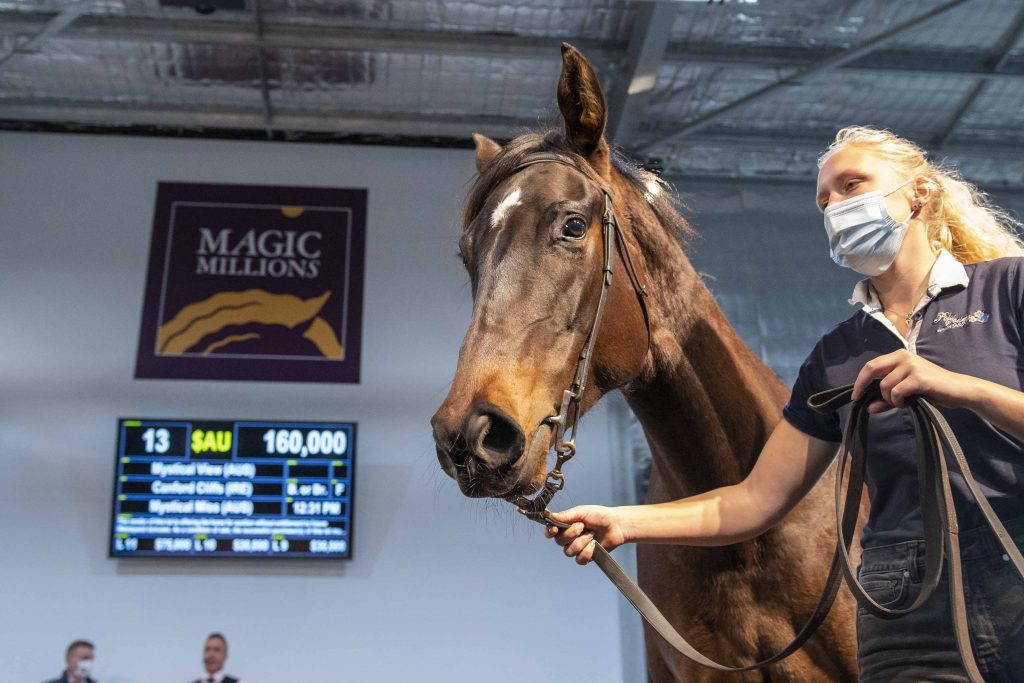