Searchin’ Roc’s showed she could furnish into a classic filly with an impressive victory in the Free Entry To Belmont Park Hcp (1200m).

The Awesome Rock 2yo filly had flown home over 1000m on debut earlier this month and stepping up a furlong made all the difference on Saturday.  Settling well off the pace for Kyra Yuill, she cruised past the leader Wise Words (Zoustar) to win running away by over a length.

“She’s really going to put it together over a mile and further as a three year-old,” trainer David Harrison predicted.  “I thought she may have been too far off them on the corner today but she’s improving all the time.

“She worked alongside Gemma’s Son this week and held him!  We may give her one more run if she doesn’t tuck up and then put her out for next season.”

Searchin’ Roc’s is the first foal to race from Still Searchin’ (Trade Fair) who was bred by the late Alan Young at Kintore Stud in Serpentine.  Second-dam Search Me (Verglas) completed a city hat-trick at Ascot in 2008 for trainer Sharon Taylor.  They descend from blue-hen Denise’s Joy (Seventh Hussar).

Yuill is keen to keep the ride.  “She’s a nice horse and after trackwork on Tuesday I said ‘What’s this one’?  When I knew Paul (Harvey) couldn’t make the weight, I definitely wanted to get on her today.

“She’s still learning but has potential.  I was happy to sit quietly with cover and she was good enough to pick them up in the straight.”

Awesome Rock (Fastnet Rock) matured into a Flemington Group 1 winner over 2000m and his stock will make a major impact into the spring and summer carnivals.  Gold Front stands him for $5,000 alongside Leonardo Da Hinchi ($3,000).  Fees (inc GST). 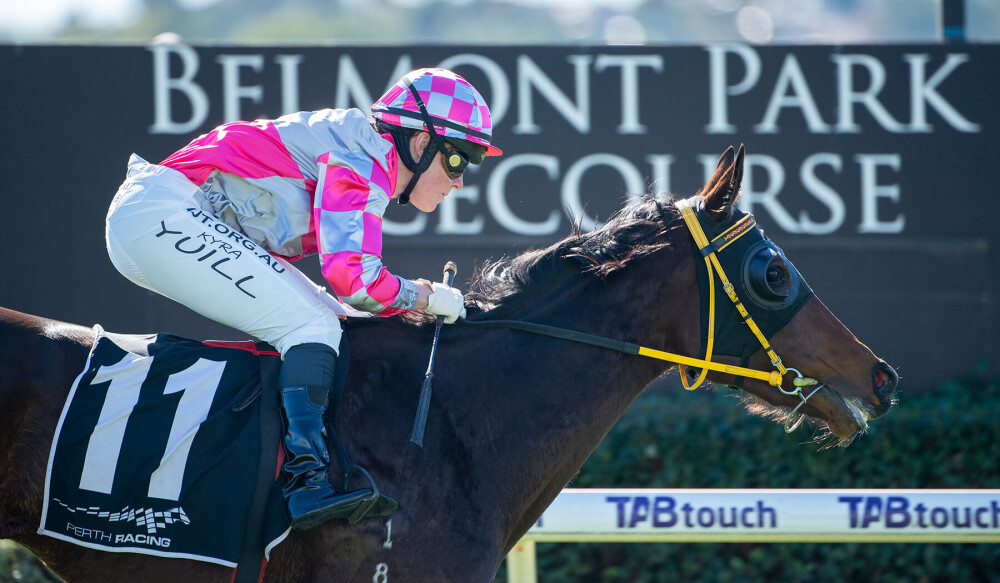