Home Yarradale on the Road to Railway

Yarradale on the Road to Railway

Yarradale Stud would have to check the record books going way back to see if any of its graduates have matched Valour Road for consistency and longevity in Stakes company.

Valour Road (Class of 2017) served notice he would be a force to be reckoned with from Day 1.  He was thrown it at the deep end on February 10th, 2018 and responded with an all-the-way victory in the RL Magic Millions 2YO Classic at Pinjarra.  “He’s very good,” trainer Simon Miller said.  “I don’t know how good but definitely good enough to go East!”

The chestnut son of former Yarradale shuttler Frost Giant (USA) maintained an unbeaten record in the G2 Karakatta Plate and did cross the Nullabor as a 3yo to win the G2 Euclase Stakes at Morphettville.

Valour Road returned as a 4yo to claim the LR Miss Andretti and he’s doubled up at Group 3 level as a 5yo winning the Prince Of Wales in October and Hyperion Stakes on Saturday.

That’s a half-dozen black-type strikes in four consecutive seasons earning over $1.24 million including Westspeed payments of $93,600.

The Hyperion was his first win over 1600m and his first for Brad Rawiller after letting down powerfully to overhaul stablemate Dance Music (War Chant).  “We were very confident and Simon is a great trainer,” Rawiller said.  “His last 20 metres was outstanding and he really powered to the line without blinkers.”

Now that’s he’s won over 1600m, connections will consider the G1 Railway Stakes at Ascot on November 20.  By then, as a spring 6yo, he will be giving age and weight away but Rawiller is keen to win the Big Mile after placings on Black Heart Bart and Niconero.

“Why not the Railway?” he said on Saturday.  “The Hyperion is a top-class race and he’s been the best horse in it.”

Valour Road was bred and sold by Yarradale for $60,000 at the 2017 Perth Magic Millions and owner Ron Sayers kept a share in a big syndicate managed by Des Carvell.

His dam Melba Avenue (Street Sense) was purchased by Sayers as a weanling from Darley and he’s sitting on a goldmine with the mare’s latest two foals – a weanling colt and yearling colt by Exceed And Excel. 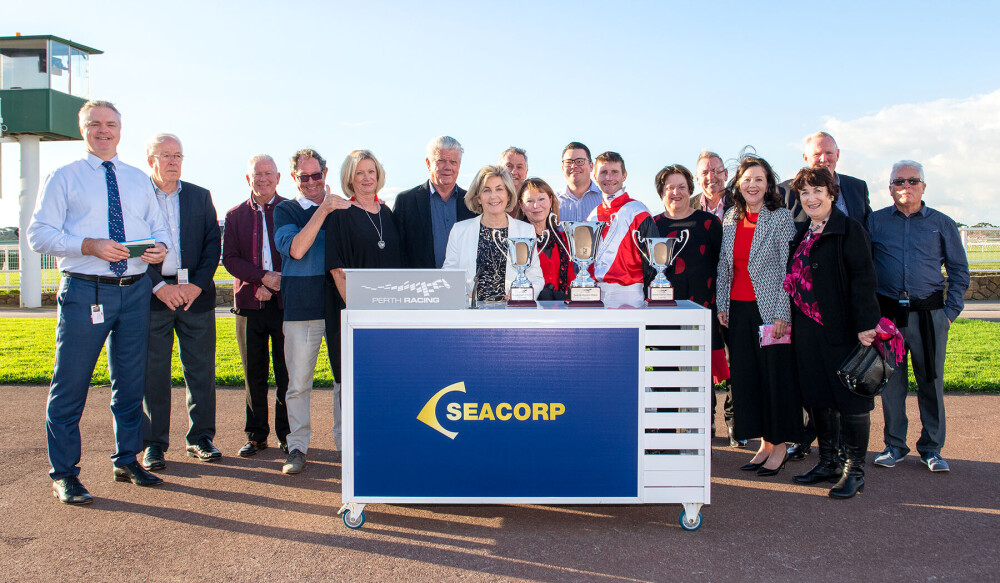