Chili Is Hot defeated odds-on favourite Sheza Chalmer after a desperate duel to become the 6th Stakes winner for Gingerbread Man in the LR Belmont Oaks (2000m) on Saturday.

The Yarradale Stud stallion’s latest black-type arrived a half-hour before Singapore celebrated his career with the running of the Gingerbread Man Stakes (1600m) at Kranji.

Chili Is Hot charged to the front at the top of the straight and refused to surrender for owner-trainer Graeme Ballantyne and his wife Donna.  The Karnup couple won the 2013 Perth Cup with Talent Show (Jeune) and bought their Belmont Oaks winner for $500 at the 2018 Magic Millions Winter Weanling Sale.

“A few things didn’t go to plan last prep so we sent her out,” Ballantyne recalled.  “She won over a mile here in May and this is the race we picked out.  She’s tough and there didn’t seem to be a lot of pace in the race so I left it up to Jason (Whiting).

The Hong Kong connection is off to a great start for Gingerbread Man with his first runner Ima Single Man saluting there on June 26.  He won last year’s G2 Karrakatta Plate before venturing offshore and trainer Tony Cruz has nominated him for the Pingwu Spark Hcp (1200m) at Sha Tin this Sunday.

Meanwhile in Melbourne, Gingerbread Man sprinter Red Can Man has a feature-race assignment this Saturday in the LR Sir John Monash Stakes (1100m) at Caulfield. 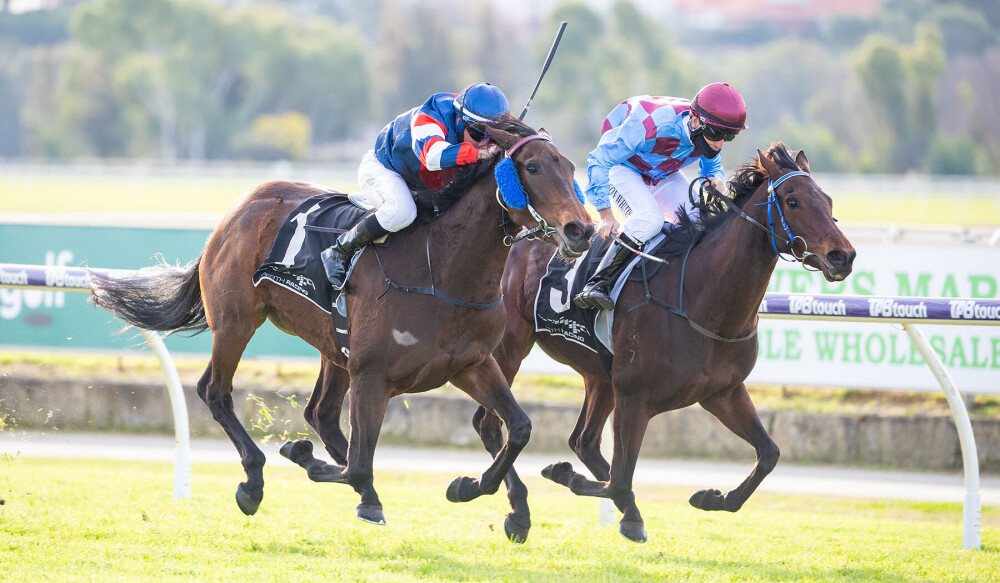