Lynward Park homebred Baronova is destined for a transfer east after lifting the LR Belmont Classic (2200m) on Saturday.

The Fiorente filly overcame a setback at the top of the straight to make amends for an unlucky loss in the LR Belmont Oaks (2000m) a fortnight ago.  She had taken seven starts to land her maiden at Northam in May and it all came together with further wins at Pinjarra and Belmont in June.

“We were confident of a good run in the Belmont Oaks but she got flattened,” trainer Justin Warwick recalled.  “It looked ordinary but she showed she was up to it today, especially against the colts.”

Baronova was given a patient ride by Willie Pike although the champion hoop had to get busy after dropping his whip.  “It was always going to be hard under those circumstances and, to be honest, I thought we were going to finish fourth or fifth.  But Willie is just so strong and talented and he somehow lifted her over the line.

“I think she is a great filly going forward,” Warwick predicted.  “She can have a good career on the east coast at some stage over the longer trips and she will run two miles like her dad.  I will be taking a break from training for a bit, so there’s nothing like going out on a high.”

Their dam Twinkle Toes (Danehill) is bred in the purple as a close relation of Maybe (G1 Moyglare Stud Stakes) and her son Saxon Warrior (G1 English 2000 Guineas).

Lynward Park retained the Manhattan Rain – Twinkle Toes yearling colt that has been named American Songbook and the Irish-bred mare also has a filly foal by Vinery legend More Than Ready (USA).

All Day Session (Sessions) completed a double for Lynward Park in the Crown Perth Hcp (1000m) on Saturday.  He has now earned $221,390 including Westspeed Bonuses $95,240 for part-owner and trainer Ash Maley.

The Gingin handler bought him for $33,000 from the Bullsbrook nursery at the 2019 Perth Magic Millions and the van Heemsts had his dam Simplyirresistible (Royal Academy) covered by Bondi last year. 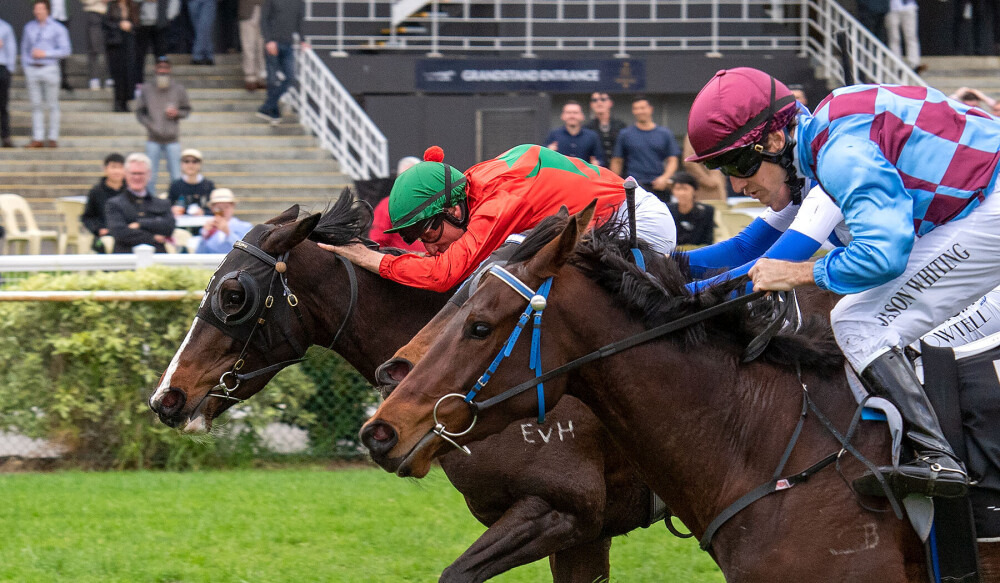