Home First foal of the season at Gervase Park

First foal of the season at Gervase Park

Gervase Park Stud welcomed the first reported foal of the season in WA when its mare Angel of War (Declaration Of War) delivered a Headwater filly on Monday.

Owners Chris & Andrea Gales bought the 5yo mare in foal for $27,500 from Vinery (as agent) at the Inglis December 2020 Digital Sale.

Angel of War was the first of 172 mares served by Headwater at Vinery in 2020.  It was a maiden cover for the winning half-sister to Vangelic (Vancouver) who was Group 1-placed in the ATC Surround Stakes at Randwick in February.

“She’s early-doors but is spot on and is a good-type first foal,” Andrea Gales reported on Wednesday.  “She’s correct and will develop into a lovely filly.

“Angel of War has also let down into a beautiful mare.  Vinery’s bloodstock manager Adam White came up to me at the Inglis Broodmare Sale in May and said, ‘You stole her’!  That was after Vangelic ran second in the Surround and we both know she will be improving the pedigree next season.”

Tulloch Lodge racing manager Emma Reeves revealed Vangelic has been back in work for five weeks.  “She’s filled out and is looking better than ever this prep.  Gai and Adrian were originally looking at the Golden Eagle but she will probably stick to fillies and mares in the spring.”

The decision for Angel of War’s next cover hasn’t been finalized although she is destined for Darling View Thoroughbreds in Mundijong.  “We’re learning towards I’m All The Talk over Playing God,” Andrea said.  “I’m All The Talk is really doing the job and he’s going to be booked out this year.”

Gervase Park continually upgrades its breeding stock and have been rewarded with regular six-figure graduates at Perth Magic Millions.  Among its graduates have been G2 MVRC Stutt Stakes winner Leonardo Da Hinchi (Hinchinbrook) who also had his first foals on the ground this week.  First to arrive at his home base of Gold Front Racing & Breeding was the filly out of Halldora (Blackfriars).

Meanwhile, Vinery has the champagne on ice for Headwater (Exceed And Excel).  He’s just a day away from claiming Australian Champion second-season honours for 2020-21. 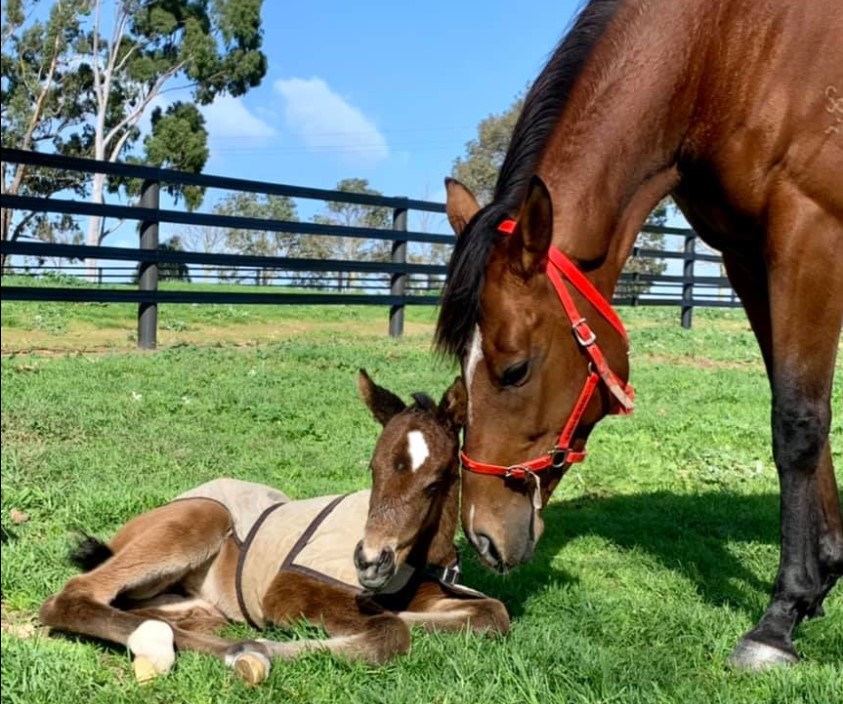