Patronize wasn’t in the good books with punters when his old hands Skinnen Tins ($13) and Dia de la Raza ($15) scored double-figure upsets at Belmont on Saturday.

Both gallopers have been around the traps year-on-year racing a combined 104 times.

Skinnen Tins sat three-wide at the back of the pack for Brad Rawiller before launching a late bid in the Perth Racing Club Membership Hcp (1300m).  “She was my best bet of the day,” trainer Ash Maley declared.  “She was held up last time and just can’t buy a barrier.  She’s had two good gates in her life and both runs weren’t good so what can you do?”

Dia de la Raza is a 7yo son of Patronize and he’s on a hat-trick at Belmont after winning the Heineken Hcp (1000m) for owner-trainer Vaughn Sigley.   He sat at the girth of leader Olga Louise and stayed on strongly to defeat Silkinize (Patronize) by a short-head.

“He pricked his ears after last week’s win and he’s not blowing now,” Sigley said as Pat Carberry unsaddled the chestnut back in the enclosure.  “He likes the sting out of the ground and I was actually hoping for a heavy track today.”

Dia de la Raza returned $26 and $15 for those two victories and he’s also paying his way for Sigley earning $334,000 since winning a Pinjarra maiden on Anzac Day in 2017.  Bred by Darling View Thoroughbreds, he sold for just $10,000 through the Western Breeders Alliance draft to the 2015 Perth Magic Millions.

Sigley had trouble selling shares in Dia de la Raza as, unlike Skinnen Tins, his dam Spanish Sky (Hurricane Sky) has only one black-type performer in her pedigree going back five generations to Dainty Blonde (Sansofine).

“He’s been a good bread-and-butter horse for the stable and I’m not about to retire him now.” 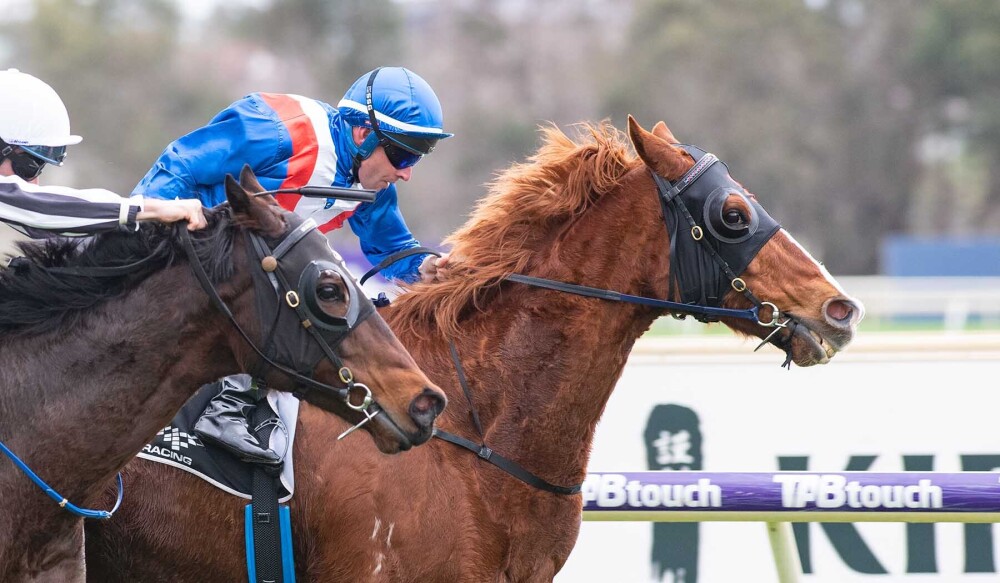