Playing the percentages at Belmont Park

Playing God is building a phenomenal Saturday strike-rate since we returned for the winter season at Belmont Park.

And it’s not just any race.  The Darling View Thoroughbreds champion has been specialising in the final event of the day since Bruce Almighty signed off Ascot beating Billy Ain’t Silly by a nose on May 8.

That’s a running last-race strike-rate of 78%!

His 5yo mare Playing Marika won in canter on Saturday despite a wide trip under Lucy Warwick in the Crown Towers Hcp (1600m).  She peeled off Sluice Box’s heels turning the corner and waltzed past the leaders with only a reminder or two required to keep her mind on the job.

“I was happy enough in running because she had cover and was rolling along comfortably,” trainer Steph Bakranich said.  “She’s sound and was on a seven-day back-up after working great at home this week.  It usually takes her four or five runs to get fit and she’s there now.”

Playing Marika is a homebred for Livio and Renato Divitini and her dam Just Marika (Grandera) has foaled other winners by Husson Lightning, Blackfriars and Danehill Express.  She is a half-sister to Doyoudare (LR Tattersall’s Cup) and the dam of Nerodio.

Saturday’s result was Playing Marika’s 8th win in 35 starts and, with the help of Wakan Tanka’s victory earlier in the day, sent Playing God through $3 million in earnings this season. 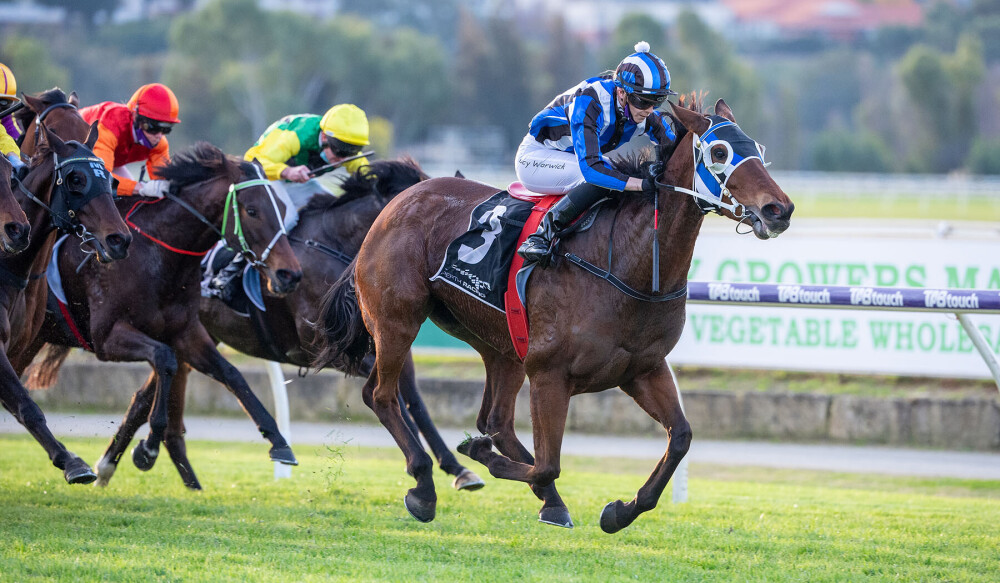