Bookmakers dodged a huge pay-out when Wuhan Warrior scored an effortless six-length victory in the TABtouch Hcp (1200m) at Belmont on Wednesday.

The Snippetson youngster eased from $4 out to $8 as sustained support saw Peters Investments homebred Treasured Star (Toronado) firm into a short-priced $1.50 favourite.  Punters who followed the money did a slow burn from the moment the filly sporting cerise and while silks was last out of the gates.

Wuhan Warrior is trained by Hayden Ballantyne and he flew the machine to free-wheel in front on a Heavy 9.  “He was very impressive.  He settled and went through the gears when I asked him to let down,” jockey Shaun McGruddy said.  “It’s great to get a winner for Hayden and a good mate Ben Armstrong is also in the horse.”

Wuhan Warrior (2g Snippetson – Bellasinga by Danasinga) has been a handful but it’s been worth for Ballantyne who tuned in from Broome.  The former Fremantle Docker will be watching him win better races at closer range next season.

Dawson Stud (as agent) sold him to John Chalmers Bloodstock for $26,000 at the 2020 Perth Magic Millions and winning connections banked $36,950 in prizemoney and Westspeed bonuses on Wednesday.

His dam Bellasinga is from the extended family of G1 Kingston Town Classic winner St Clemens Belle (Don’t Say Halo).  The mare is owned by Jason Cheetham (Goldlight Nominees) and her Oratorio filly was knocked down to trainer Martin Allen for $40,000 at this year’s Perth Magic Millions.

Not for the first time, Snippetson will be the leading active sire in WA for 2020-21.  He also shares top spot for individual 2yo winners with Rommel on six each. 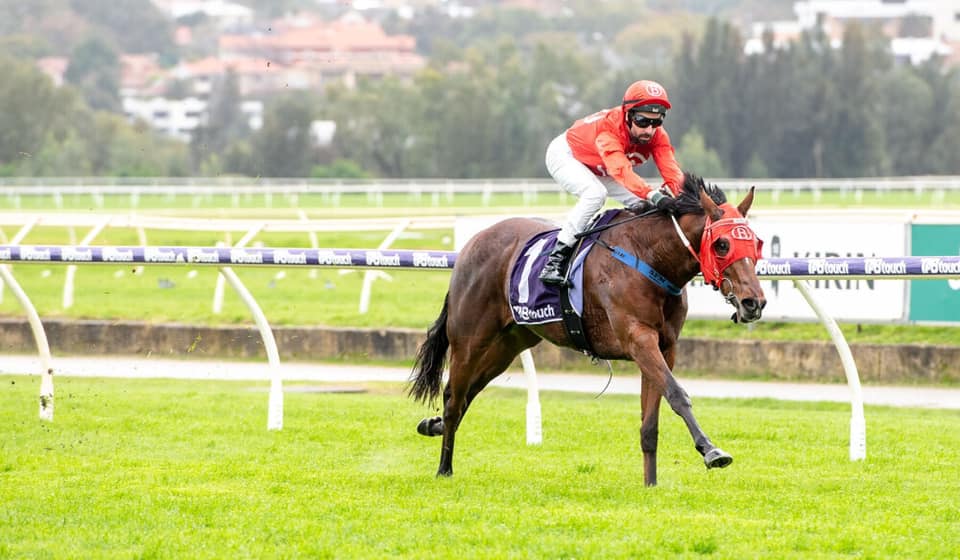