Perth Magic Millions graduate Gonnadancealot will be set for the Group 1 VRC Oaks (2500m) following her victory in the Byerley Hcp (1800m) at Flemington.

Saturday’s result was a triumph for Ruby Racing & Breeding who sold the filly for $30,000 (as agent) in the Swan Valley last year.  She was a member of the first yearling draft presented by Kojarena-based vendors Bridie, Jaime & Daniel O’Bree.

Gonnadancealot (Sir Prancealot) was bred by Craig Easton and is a half-sister to four winners including Adelaide Stakes performer Topaque (Bel Esprit).  After being covered at Cornerstone Stud in the Barossa Valley, her dam Tresillian (Danehill) had been transferred west where her Sir Prancealot filly was reared by Geisel Park manager Conor Dunlop.

“We foaled her down here and she was always a very nice filly,” Dunlop recalled.  “Craig has her yearling half-sister by our sire All American and Tresillian is back at Cornerstone where she’s due to All American again. No doubt she will return to Sir Prancealot.”

Gonnadancealot was purchased by UK owner-trainer Jane Chapple-Hyam and Alliance Bloodstock’s Eimear Donnelly.  “She was very impressive and we’ve got a lot to look forward to in the spring,” Chapple-Hyam told ANZ Bloodstock.  “She’s improved mentally and has pulled up really well after Saturday.”

The Byerley is Melbourne’s longest two-year-old race and provides the winner a ballot exemption into the G1 Victoria Derby or G1 VRC Oaks.

Chapple-Hyam was hoping to attend the 2020 Perth Magic Millions Sale in person but Covid struck and the flights were cancelled.  “I phoned Tony Williams to bid on our behalf and the videos he sent us showed she was a nice type.  Eimear liked the sire, I liked the TrueNicks report and the dam was by Danehill.”

The O’Bree family will be hoping Covid doesn’t prevent spring flights to Melbourne.  Their 2020 Inglis Easter graduate Tiger Of Malay is targeting a Group 1 campaign with trainers Richard & Michael Freedman.  They sold him for $255,000 through Tyreel Stud at Riverside Stables and kept a share in a syndicate managed by Newgate Bloodstock and China Horse Club.

Tiger Of Malay (Extreme Choice) won the G2 BRC Sires’ Produce Stakes (1400m) at Eagle Farm in May and the Freedman brothers reckon he will be suited in a race like the G1 Rupert Clarke Stakes at Caulfield.  They won that same race in 1996 with another 3yo colt named Encosta de Lago. 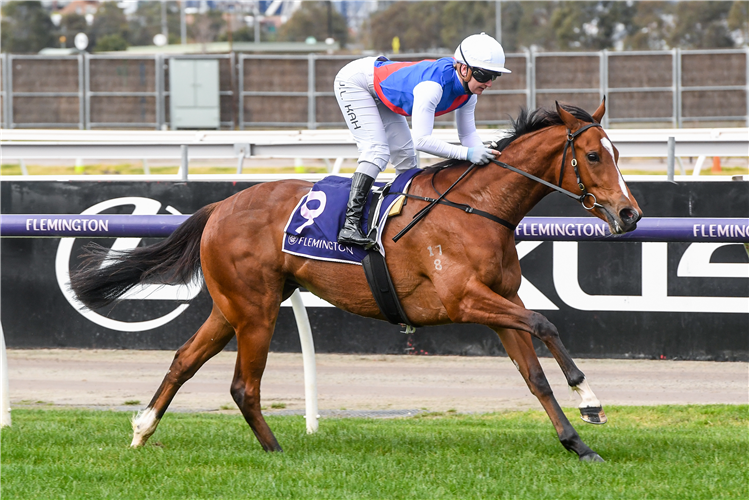