Blackfriars 3yo Tena Koutou paid his dues out of town before coming to Belmont for a convincing win in the LR Aquanita Stakes (2000m).

Last Saturday’s result completed a 20-day hat-trick for the up-and-coming stayer following a trip to Kalgoorlie for a mile maiden and a quick turnaround from Adam Durrant’s Karnup stables to Pinjarra.

In the Aquanita, Tena Koutou settled in the second-half before Clint Johnston-Porter began putting him into the race from the 800m mark.  They cornered five-wide and joined in at the furlong to go clear by two lengths from Crescent City (Fiorente) and Truly Reliable (Reliable Man).

“We’ve been using Kal to start a few of them off,” stable foreman Jason Miller revealed.  “It’s all good practice and going away hasn’t done any of them any harm.

“This horse is really progressive and is getting better and better.  We knew he would be hard to beat with the right run today and Clint rode him a treat.”

Durrant Racing confirmed Tena Koutou will be aimed at Perth’s final 3YO Stakes race of the season in the LR Belmont Classic (2200m) on July 17.

Tena Koutou is a homebred for Adam’s father Geoff and long-time client Tony Wilson.  He becomes the 44th stakes winner by Blackfriars and the 6th Aquanita Stakes winner by the Scenic Lodge legend who is weeks away from an unprecedented 11 WA sires titles.

Blackfriars sired his first Aquanita winner with Mansion House (2007) and they kept coming via Exquisite Timing (2008) and the brothers God Has Spoken (2009) & Playing God (2010).  His 2018 winner Come Play With Me was also prepared by Durrant and went east to win a G1 Metropolitan at Randwick.

Tena Koutou (3g Blackfriars – Aloha Miss by Hurricane Sky) is from a mare who won at Ascot and Belmont for the Durrants.  Second-dam Kia Ora Miss (Jeune) won a G3 Belmont Oaks and she also foaled Kia Ora Koutou (Blackfriars) who carried the family’s green and gold striped silks to a Group 1 placing in the 2015 Victoria Derby won by Tarzino. 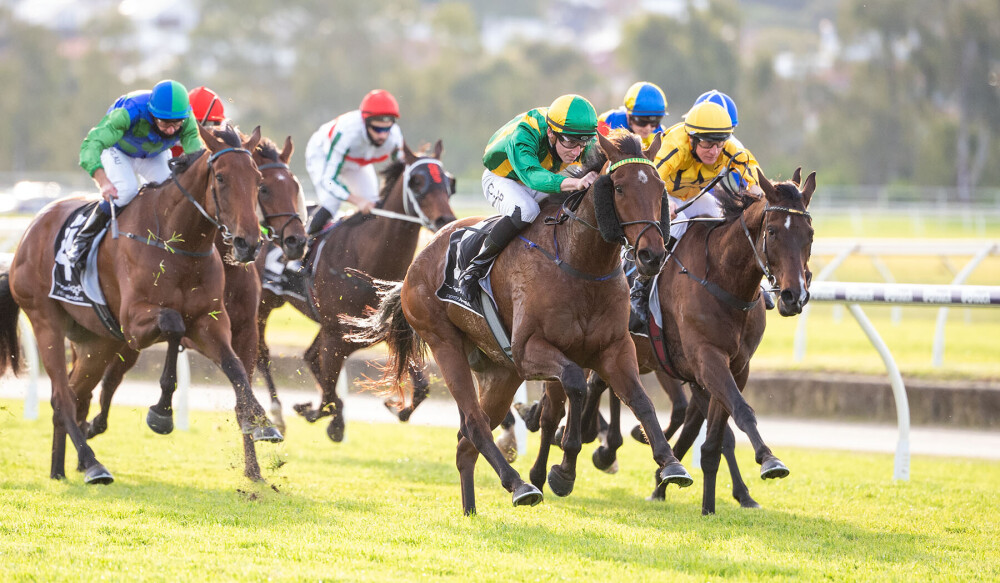