News that Naughty By Nature will be set for the 2022 Perth Cup would have revived some memorable New Year’s Day celebrations for Westspeed breeder Andy Phelan.

Trainer Jason Miller signalled a Perth Cup campaign after his mare’s victory in the G3 Strickland Stakes (2000m) at Belmont on June 26.  She was graduating from a restricted win over 1600m but wasn’t daunted by the step up to weight-for-age company.

“That’s earned her a start in the Perth Cup,” Miller said after the victory over Uni Time (Universal Ruler) and pacemaker Dance Music (War Chant).  “She’s developing more stamina and we will give her a steady build-up to the Perth Cup in January.”

Naughty By Nature is the 15th stakes winner by Trade Fair (GB) who died at Alwyn Park in March 2018.  She was a $26,000 buy from Toreby Park at the 2018 Perth Magic Millions and is a half-sister to the Phelan-bred winners Nanci Gee (Rock Of Gibraltar), No Place To Hide (New Approach) and Nashville Cat (Hard Spun).

Catrenza is also the dam of recent Pinjarra 3yo winner Chaluke (Trade Fair) and her 2yo Aspro De Grece (Vert De Grece) is in training with Brett Pope.  The mare, who is now owned by Pope’s partner Tameeka Brown, has a yearling filly by Vert De Grece and was covered by Sessions last September.

Jockey Clint Johnston-Porter has been aboard in four of Naughty By Nature’s five wins as well as placings in last year’s LR Challenge Stakes, LR Ascot 1000 Guineas and G3 WA Oaks.  “I couldn’t be happier to win this race for Jason and her owners.  She’s gone to the next level and I can’t believe how well she travelled in top company today.  She has blossomed into a class stayer.” 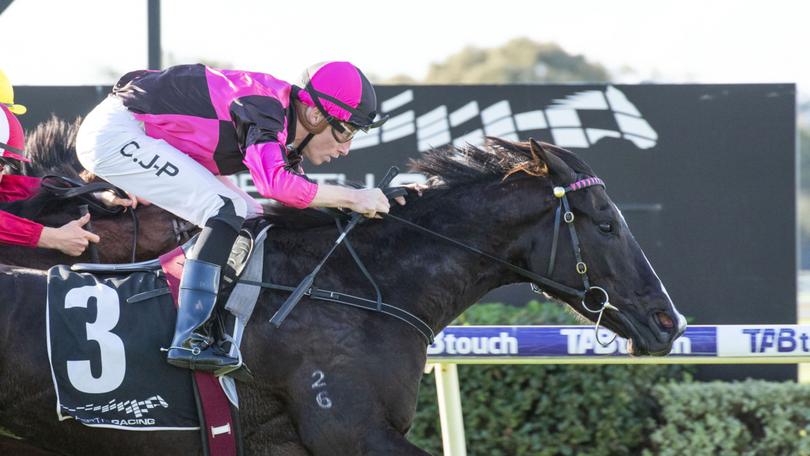