Peters Investments presented three winners with promising futures at Belmont on Saturday and all three are bred to make the grade.

The trio were handled by Willie Pike and post-race interview restrictions meant he couldn’t buy into an argument about the one with the most potential – Secret Plan (I Am Invincible), Treasured Crown (So You Think) or Sentimental Hero (Al Maher).

Secret Plan won the first-leg for Bob and Sandra Peters in the Pennisula Dining Room Hcp (1200m) with Pike riding like he was on the best horse in the race.  After settling three back on the fence, they angled into a gap and then balanced up to blitz them by more than two lengths.

A Belmont maiden winner on debut back in September, he wasn’t out of a place during an autumn prep and was right at home in heavy ground on Saturday.

Secret Plan is a 3yo gelding by Champion Australian sire I Am Invincible and his dam Highly Secret (High Chaparral) was purchased as a yearling for $280,000 by John Chalmers, as agent for Peters Investments, at the 2012 NZB Karaka Premier Sale.

Sent to Perth, Highly Secret won twice at Ascot without recouping her purchase price but has struck gold first-up at stud with Secret Plan.  She had been sent to I Am Invincible when he covered for a $55,000 service fee.  It’s $220,000 this year.

Remaining in the Hunter Valley, her second foal is the 2yo filly Extra Secret (I Am Invincible) and she also has a yearling filly and filly foal by Shalaa (Ire). 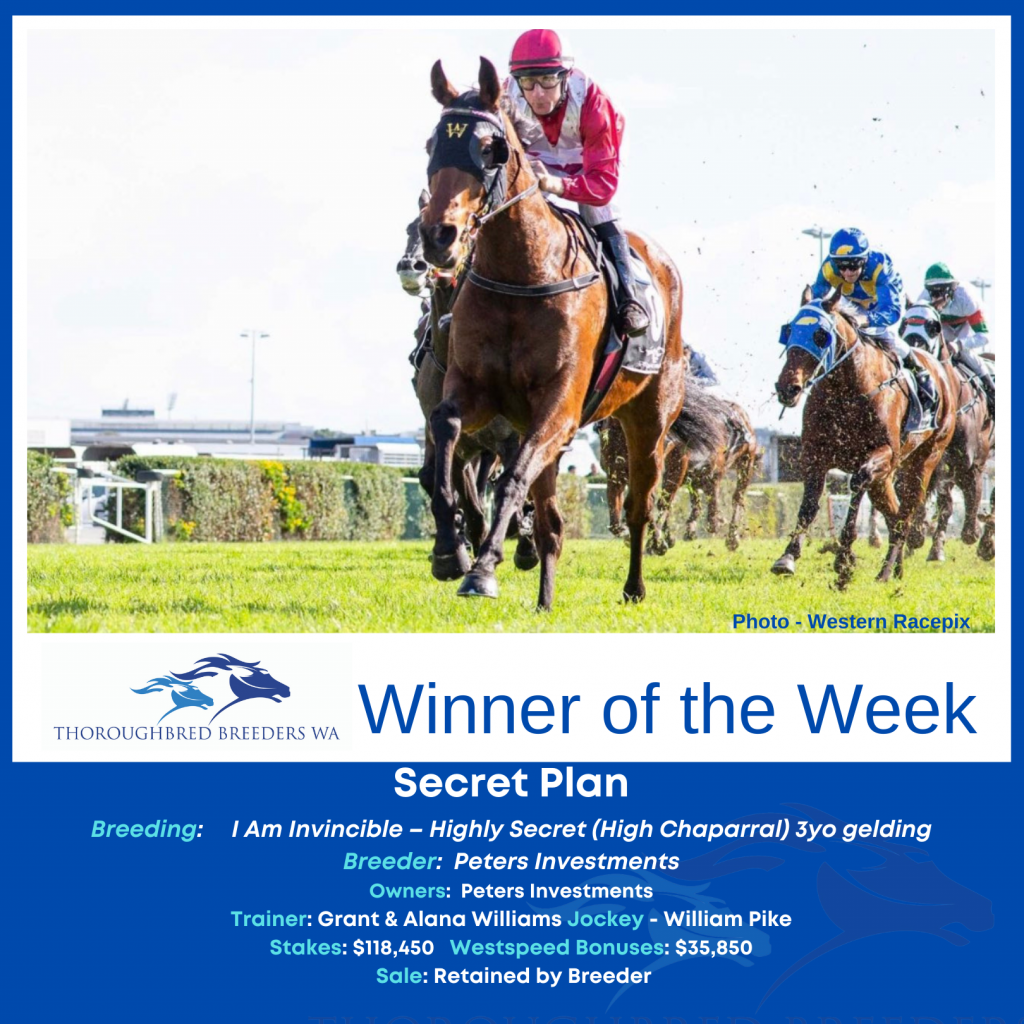 Secret Plan – Winner of the Week