Xmas in July for Taylor’s Queen

Zephyr Queen had won at Belmont in July 2019 and July 2020 and her connections were confident she could complete a July hat-trick last week.  “We’ve been waiting on this race for more than a month,” trainer Jim Taylor admitted.  “And when Holly (Taylor) crossed the field I thought she could win.

“She travels like a different horse in front and kicked away in the straight.

Zephyr Queen (5m Universal Ruler – Deboshnokov by Stravinsky) was bred and sold by Scenic Lodge for $9,000 at the 2017 Perth Magic Millions.  She’s from a half-sister to G1 Thousand Guineas winner Inaflury (Zabeel) and races for a syndicate that includes Taylor’s wife Tina and mother Lois.

Universal Ruler (Scenic) also sired Scene To Sin and Manhattan Money to a double at Kalgoorlie on Sunday and he has Looks Like Magic, Fuhrer and Rebel Knight lining up for the final meeting of the season at Belmont this Saturday.

Bam’s On Fire began a promising career in Perth before Seymour Bloodstock’s Darren Thomas bought her to race in Melbourne where she won five races including the G3 Victoria Hcp (1400m).  She also ran third in the G1 Robert Sangster Stakes (1200m) in Adelaide.

Thomas sent Bam’s On Fire back to WA but she was tailed off behind The Velvet King in the G3 Belmont Sprint in May.  A maiden visit to Long Leaf at Rangeview Stud in the spring looks a likely option instead of another campaign at the Ascot summer carnival. 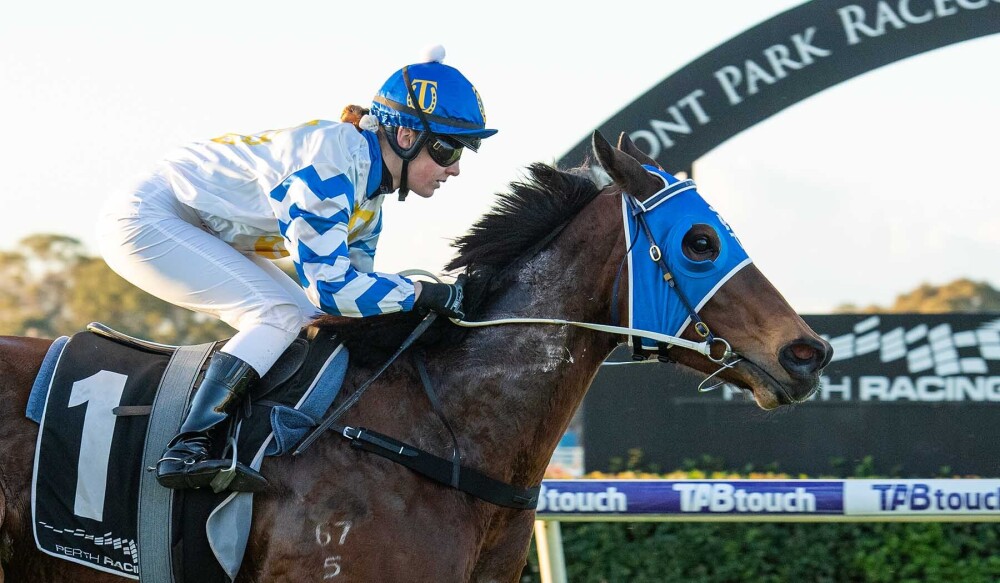