Secret Deploy claimed the first leg of a treble for Adam Durrant at Belmont on Saturday and it won’t be the last win for the grey son of Dash For Cash in Perth.

Secret Deploy was the medium of strong support on debut following three trial placings at Lark Hill.  He fought off Flower In The Wind passing the furlong and then withstood a late challenge from Success Play.

“He’s still new and is a nice horse,” Durrant said after the Amelia Park Lodge Plate (1400m).  “He’s only seen a grass track those three times and was still a bit roly-poly today.  He worked solidly this week and will improve out of sight once we strip some weight off him.”

“He’s still a bit green and wanted to play up in the gates,” winning jockey Clint Johnston-Porter said.  “He was slow into stride but he has a good turn of foot and looks above average.”

Scenic Lodge stalwart Dash For Cash has a perfect five-for-five record crossing with Bletchley Park mares and among them is I’m Pretty who has won four Belmont races to date for the Durrants.

Undercover Lizzy has a 2yo filly and yearling colt by Scenic Lodge sire Snippetson.

Dash For Cash (Secret Savings) started his stud career in Victoria before transferring to WA in 2014.  He career stats are a monumental 404 individual winners of 1236 races for over $29 million in prizemoney. 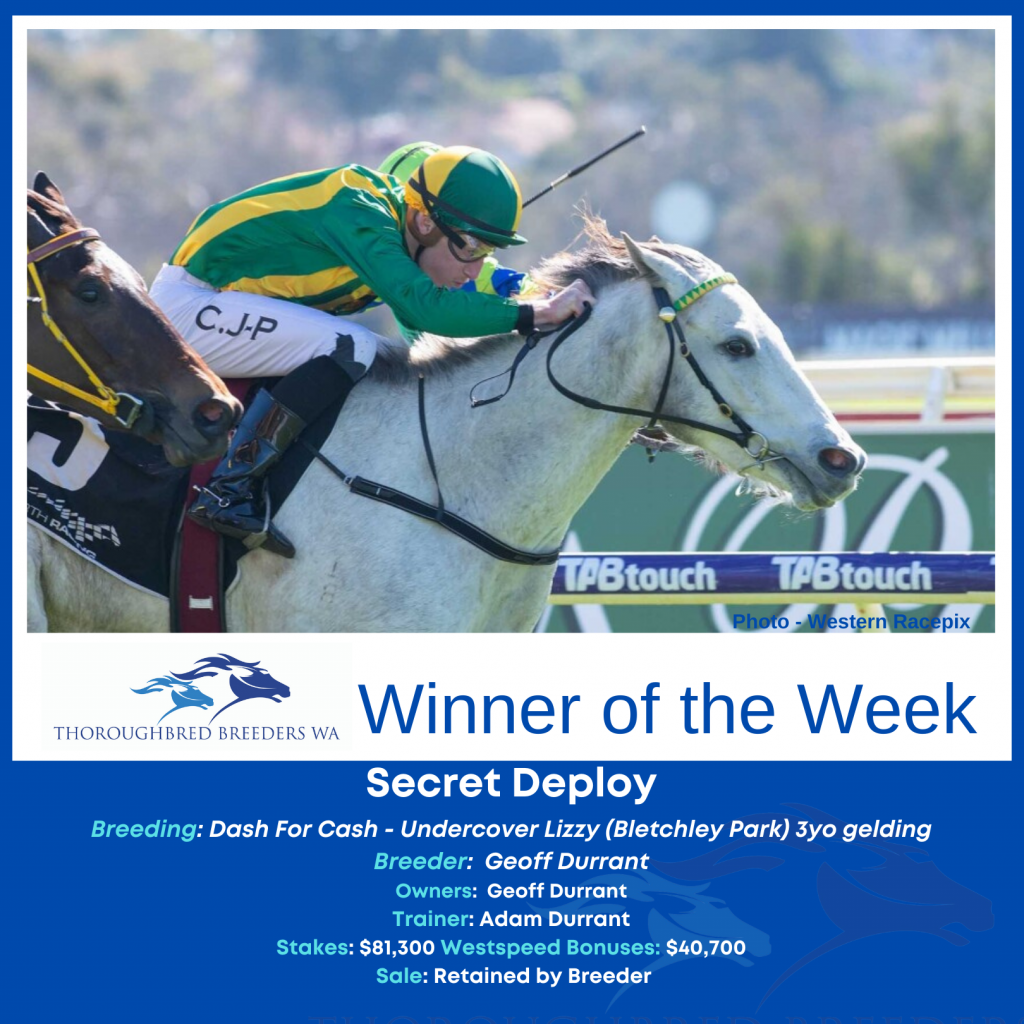 Secret Deploy – Winner of the Week