Kelora – TBWA Winner Of The Week

Kelora defied a major drift in betting for a winning breakthrough in the Locky Pleasance & Jane White Maiden (1200m) at Pinjarra.

The Neville Parnham-trained galloper was appearing after midfield finishes behind Galaxy Cat and The Front Page at Belmont last month.  He blew from $4.60 out to $9.50 but the recent addition of blinkers ensured he only had eyes for the line on Thursday.

Kelora (3g Oratorio – Kelvin Rose by Redoute’s Choice) settled on the fence and angled into an attacking position albeit five lengths in arrears at the top of the straight.  Blackfriars debutant Chang Man was already being hailed the winner until Brad Parnham launched Kelora for a last-stride victory.

He’s the second winner from as many named foals for Kelvin Rose (Redoute’s Choice) following Over There (War Chant), an Ascot winner for Parnham and later a Morphettville winner for Simon Foster.  They were bred by Brian and Joan Durran and are from a half-sister to their Group 1 winner Regal Roller (Sir Rupert Clarke Stakes, Toorak Hcp and Futurity Stakes).

Kelvin Rose has a 2yo filly by Oratorio and a yearling filly by War Chant.  The Durrans also raced Smart Twister (Hurricane Sky) with Parnham to win five races at Ascot.  The last of them was on the same card as Talent Show in the 2013 Perth Cup.

Oratorio (Stravinsky) is gearing up for his 16th stud season in the Great Southern.  He retired to Mungrup Stud and has been a fixture at that property which was renamed Willaview Park this time last year.

A WA Champion 2YO sire on five occasions, his career stats comprise over 270 individual winners at a 61% strike-rate.  The best of his 16 Stakes winners have been Gold Rocks, Lucky Street and Motion Pictures in the G2 Karrakatta Plate. 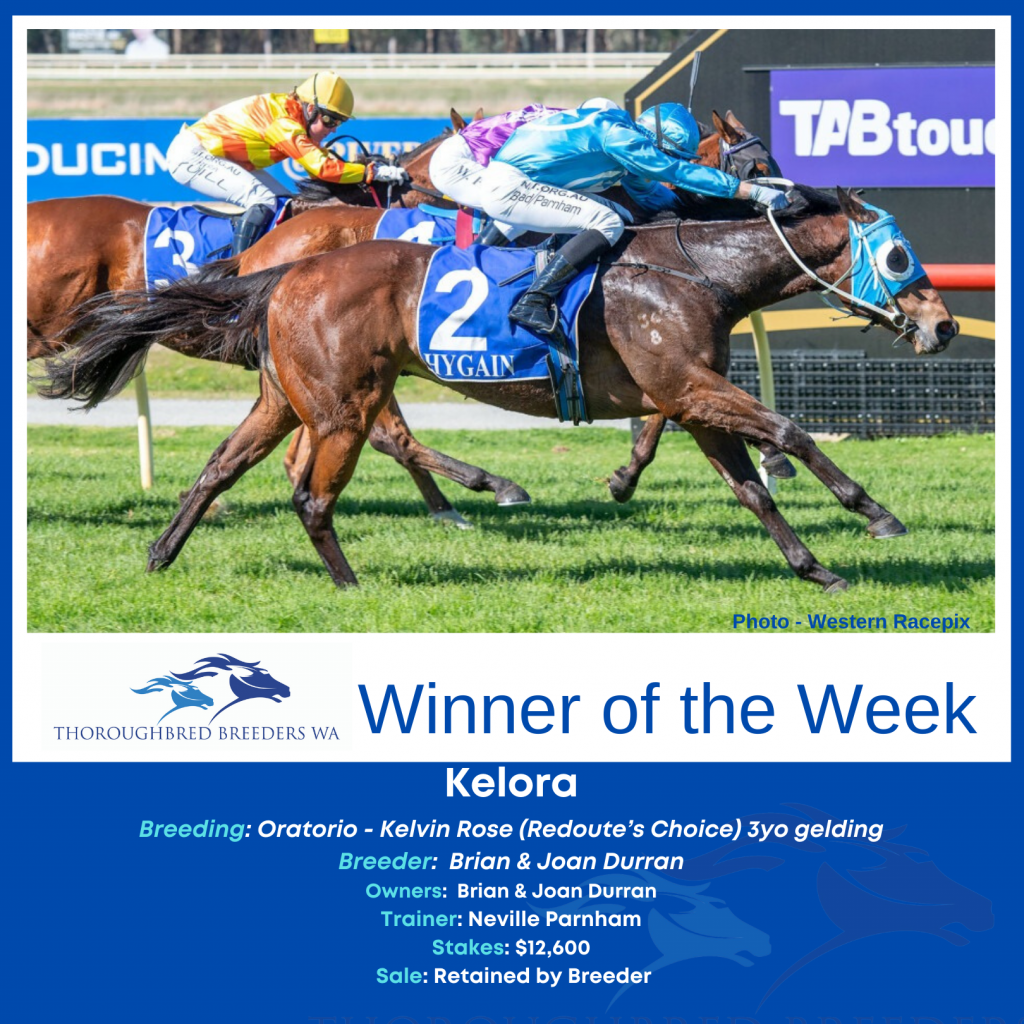 TBWA – Winner of the Week – Kelora