The latest TBWA Winner Of The Week was a close run thing between three promising types at Belmont last Wednesday.

Early in the program, Celevacci and Simple Logic set the bar high before Sparkling Blue chimed in with a super win in the Mrs Mac’s Maiden (1300m).  The Adam Durrant-trained 3yo filly looked a professional from every angle winning with something in hand on debut.

Sparkling Blue sat over the lead and balanced up in the straight before going clear for Clint Johnston-Porter.  “She powered home and I think she’s a chance in the (G3) Champion Fillies,” Durrant predicted.  “She’s a lovely type and has been a natural from the time she was broken-in.”

Durrant prepares her for Geoff Bull who outlaid $70,000 for the privilege at the 2020 Perth Magic Millions.  “Geoff gave me a free reign.  Then we checked our short-lists and came up with her.  I thought she was the pick of the fillies at the Magic Millions.”

“There’s stamina in her pedigree and it’s pretty hard not to follow the connection with Peters Investments,” Durrant added.  “We will give her one more run to test the water second-up and then send her out for a break.”

Special Jewel’s only other foal to date for Ibbotson is a 2yo by his own sire My Admiration.  The chestnut colt was purchased by Durrant for $30,000 at this year’s Perth Magic Millions. 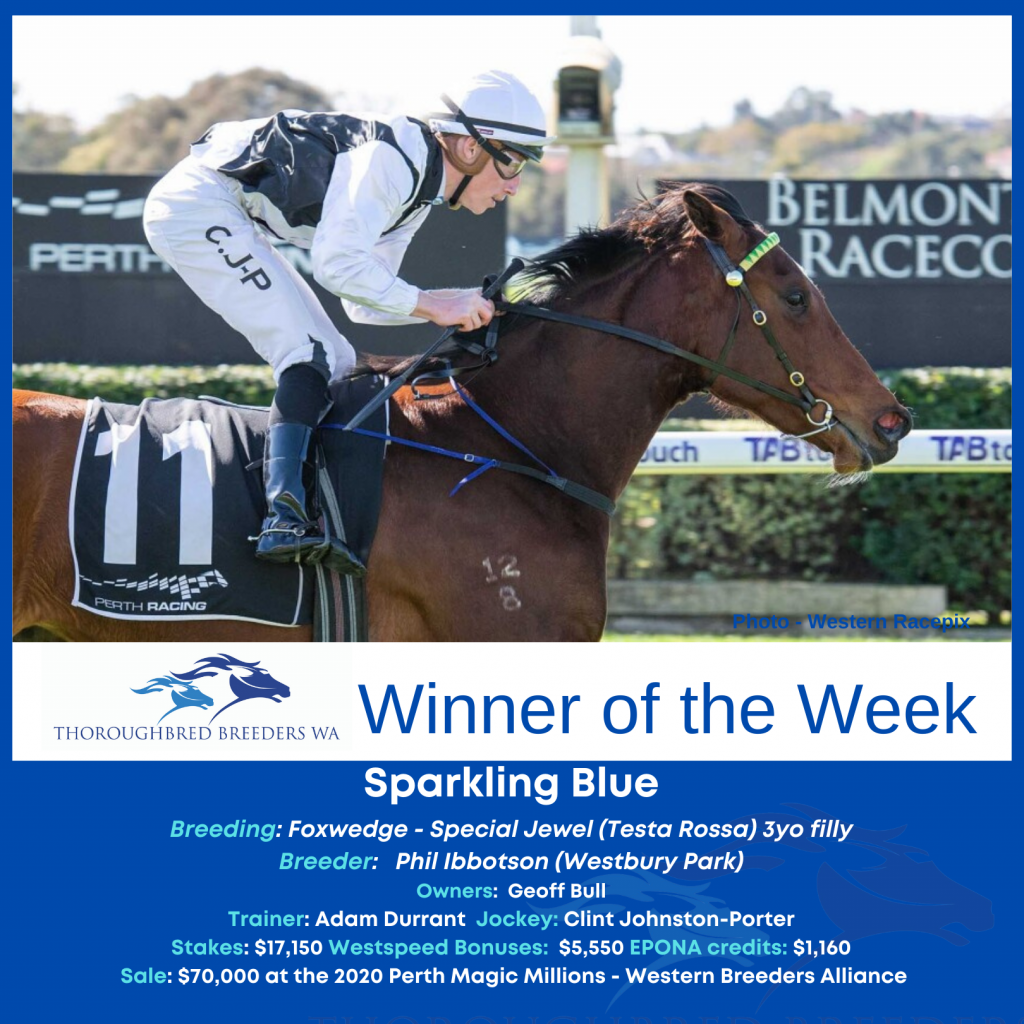