Staying the distance with General Grant

The lightly-raced son of All American and Soldier’s Smile overcame a wide trip and the steadier of 60kg to win the Schweppes Hcp (1400m) on Wednesday.  He was flushed out for the last 600m and then brushed with Trade Master when trying to get balanced at the top of the straight.

“He still raw and didn’t appreciate the heavy conditions without any room to move here a fortnight ago,” S.J. Miller explained.  “I told Brad (Parnham) to give him a fair bit of clear air today and he certainly did that!

“I will let the horse guide me and he will mature into a good type of stayer.”

General Grant had won a Bunbury maiden on debut in February and was racing second-up following a five-month spell.  “He’s tough and feels progressive,” Parnham said.  “He had to carry weight and was caught wide although I would prefer him out there instead of being held up on the inside.”

Soldier’s Smile has a 2yo filly by Bradbury’s Luck with Queenslea Park’s Aaron Morton and her latest cover was to Playing God last October.

General Grant is the third All American winner for Russell and Fletcher after they scored with Lincoln’s Law and Apache Patrol at Pinjarra last season.  All American (Red Ransom) stands at Geisel Park for a $5,500 fee with French Group 1 2yo winner Vert De Grece (Verglas) at $4,400.  All fees (inc GST). 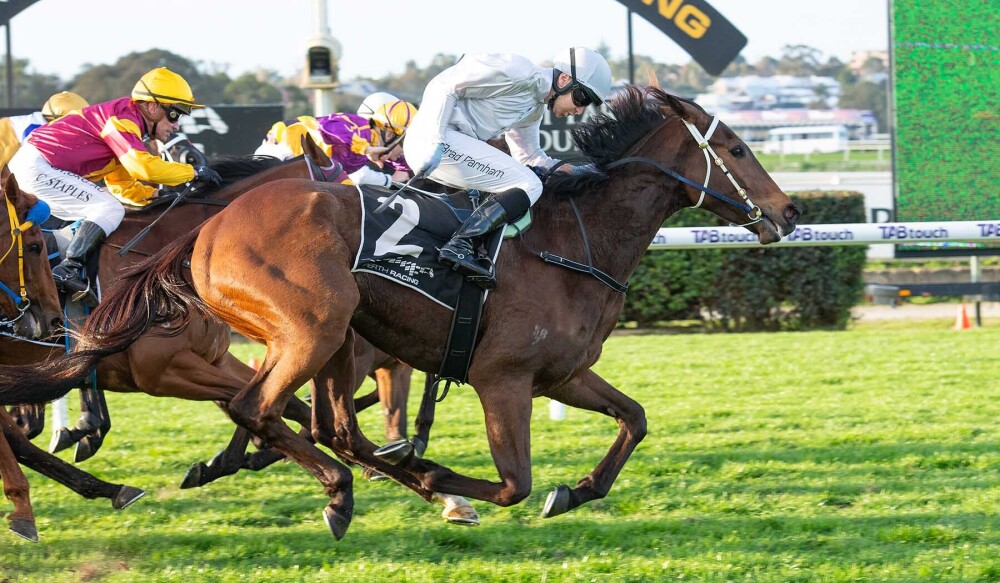