Home Trix Of The Trade – TBWA Winner Of The Week

Trix Of The Trade – TBWA Winner Of The Week

No stallion finished last season with a winning run quite like that of Trade Fair (GB).

The former Alwyn Park resident sired the winners of 20 races in June-July and one of the best was his impressive 2yo newcomer Trix Of The Trade at Belmont on Wednesday.

Trix Of The Trade sat in the box seat and then bloused by Via Monte (Street Boss) in the Free Entry To Belmont Park Hcp (1200m).  Starting a $3 favourite on the back of two barrier trial wins earlier in July, he looked a professional during a soft win on debut.

The final TBWA Winner of the Week for 2020-21 is trained by Colin Webster for owner-breeders Bill & Patricia Robinson.  “We were hoping he would live up to the trial form and he certainly did that,” Webster said.  “We knew he had ability when he first came into the stable.  He went shin-sore and has come back a much stronger horse.  He’s easy to handle, does everything right and will be stronger again as a 3yo after another spell.”

Webster and the Robinsons combined to win Perth races with I’m All The Talk gallopers Billy Ain’t Silly and Dad’s Bigheaded earlier this season.

“He still has some growing to do but has trained on nicely since those trials,” jockey Troy Turner said.  “That was what we expected today.  He wandered about but that didn’t really concern me.  He was always going to get the one in front.”

Trix Of The Trade is the third and final foal of unraced mare My Name’s Trixie (Passenger) who was bred by Neil Wholagan from the family Oxidation (LR Challenge Stakes), Pagonic (G3 Bunbury Cup) and Business Beat (LR Supremacy Stakes).

Heytesbury Stud’s Robert Holmes a Court had introduced that branch of the Zanzara (GB) dynasty to Western Australia when he imported Picatina (Welsh Pageant) from England in 1978. 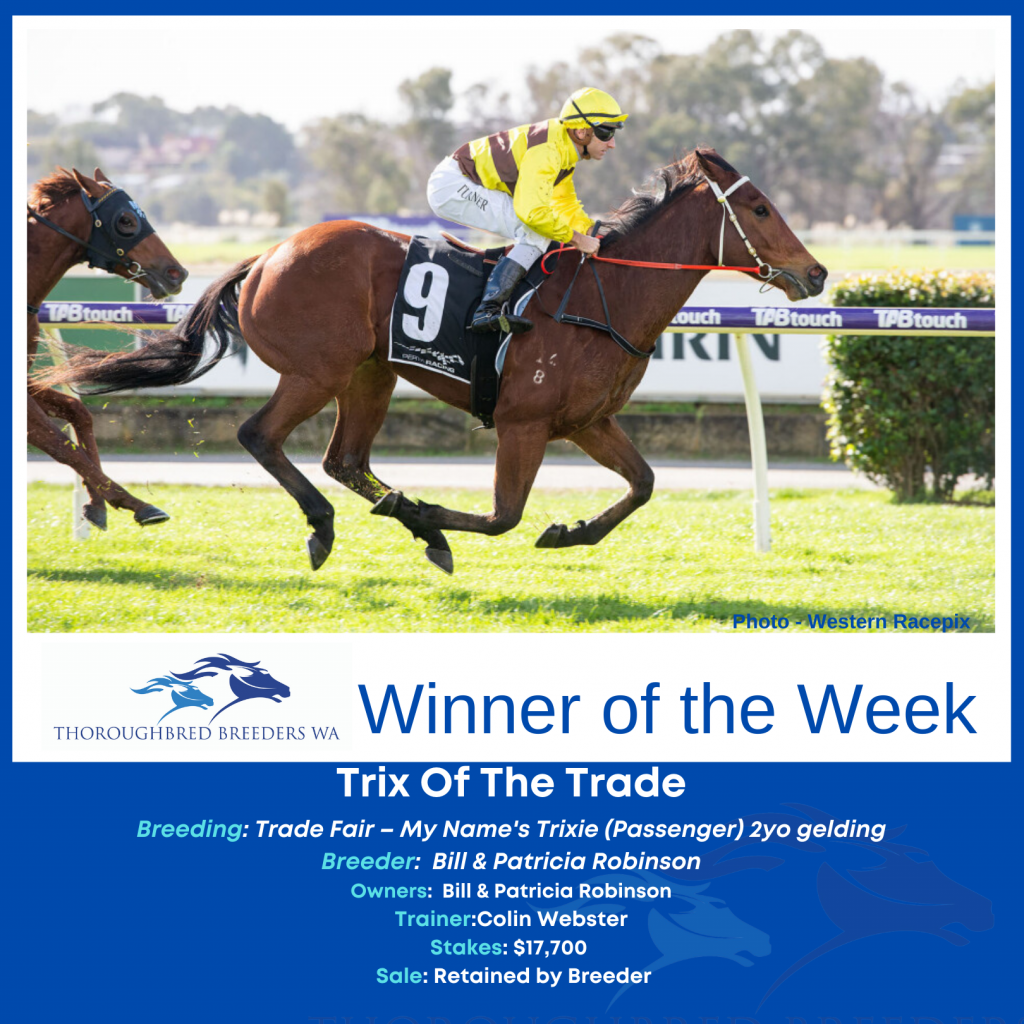 Winner of the Week – Trix Of The Trade