Iseered Iseered has maintained a 50% winning strike-rate for trainer Luke Fernie with a first-up victory in the Peninsula Dining Room Hcp (1000m) at Belmont on Saturday.

Jockey Paul Harvey settled midfield and had a lap full of horse before angling into clear air at the top of the straight.  They ranged up to All Day Session at the furlong and edged ahead of the favourite to post a fourth win in 8 starts.

Iseered Iseered won a 3yo maiden on debut at the 2020 Kalgoorlie Cup carnival and resumed with a front-running autumn victory at Ascot.  Fernie was already looking forward to the future during that short campaign.

“He got away with murder in front and was never going to get beaten,” Fernie said back in March.  “I’m looking forward to see where he goes from here.  I think he will be better chasing instead of leading.”

Mogumber Park stallion Safeguard sired him from Runzonred, an unraced half-sister to Grey Song (G2 VRC Blamey Stakes) and Tonz More Fun (G3 SAJC Jansz Stakes).  The Red Ransom mare was purchased by Darling View Thoroughbreds from John Stuart Investments breeder Brian Backshall in 2015 and she has a 2yo colt named Street Wise Red (Lucky Street) and was covered by I’m All The Talk last September.

Safeguard (Exceed And Excel) and fellow Mogumber Park resident Rommel (Commands) are standing for $4,400 (inc GST) service fees this season.  They both claimed WA 2YO and First-season titles – Safeguard holds freshman prizemoney record of $662,930 set in 2018-19. 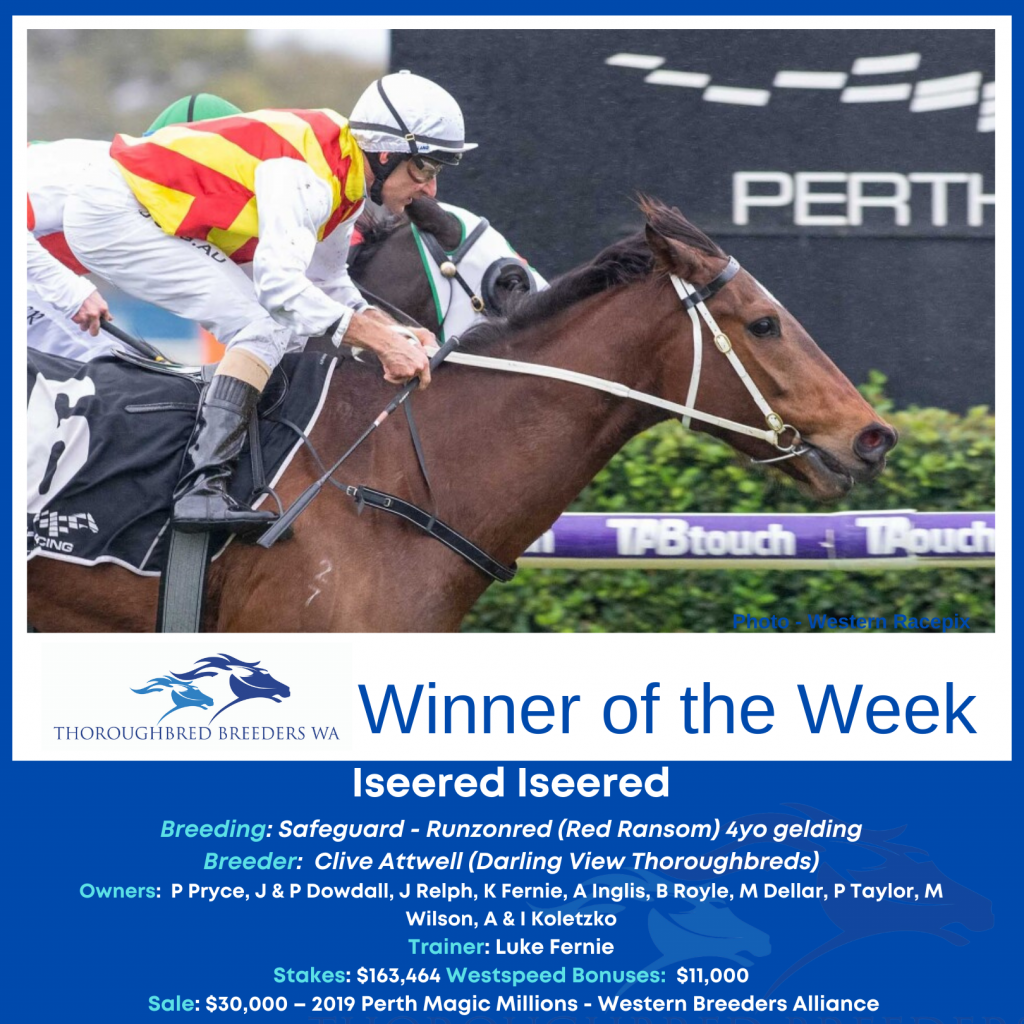