Yarradale Stud sires War Chant (USA) and Gingerbread Man were back in tandem on the weekend following a double-act by War Gem and Axel ‘R’ Eight at Belmont last Wednesday.

War Chant sired Porphyrio to win the Iron Jack Hcp (1600m) at Belmont on Saturday and Gingerbread Man gelding Diamond Mine responded to a change to tactics to score in Singapore on Sunday.

Porphyrio was a conspicuous last approaching the home turn but cut loose for Steven Parnham in a performance that surprised almost everyone on course, including broadcaster Darren McAllay.  “Here’s Porphyrio zig-zagging her way through,” he cried.  “She dashes away – there’s a brilliant ride – from stone-motherless thanks very much.”

Trainer Brett Pope wasn’t getting too carried away in the enclosure although he will recommend the mare stays in training instead of going to stud.  “Her form had been poor this time in but I think she’s been pulling the wool over our eyes.  She had been very quiet at home working with the girls so I’ve been riding her instead to get her mind back on the job.  Taking the blinkers off helped, too.”

Porphyrio is a homebred for Anita Vale Stud’s Anderson family and owns a black-type pedigree through her dam Le Plunge (Tobougg) who won the G3 Champion Fillies Stakes in 2010.  The mare has an unraced 3yo named Idle Star (War Chant) and her most recent foals have been a colt and filly by Lynward Park sires Mahuta and Bondi.

“Brett asked me to be a bit more positive today but they went too quick early,” Parnham said.  “When they starting peeling off into the straight I decided to take the short way home and she gave me a real good kick.”

Anita Vale is also looking forward to the return of its Group 1 graduate Portland Sky (Deep Field) in Melbourne following an 800m trial at Cranbourne on August 9.  The Oakleigh Plate winner pleased connections when he cruised home for a half-length second under Ben Melham.

“Portland Sky is a nice, relaxed horse and puts himself in a position without charging,” trainer Matt Laurie said.  “His action looked very good coming up the straight and he will come on a lot for that with another trial later this month.”

Diamond Mine caused a $21 upset when he scored a barrier-to-box victory over 2000m at Kranji on Sunday.  The Gingerbread Man gelding isn’t the most popular horse with Singapore trainer Steven Burridge but he wasn’t for catching under a well-judged ride by Simon Kok.

“He usually comes from behind, however, it was do or die from a wide barrier today and we thought let’s go forward to avoid all the kickback,” Burridge said.  “He’s got a mind of his own so you can’t tell the owners to have a bet.  But they had something on him so we can’t complain.”

Diamond Mine races for Black Diamond Racing Club after graduating from the 2018 Perth Magic Millions for $15,000.  Bred and sold by Gold Front Thoroughbreds, he’s the final foal of former Woodlands Stud mare Convictions (Woodman).  Her other winners included Authentic Style whose career was cut short after a close second to Ihtsahymn in the 2014 Melvista Stakes. 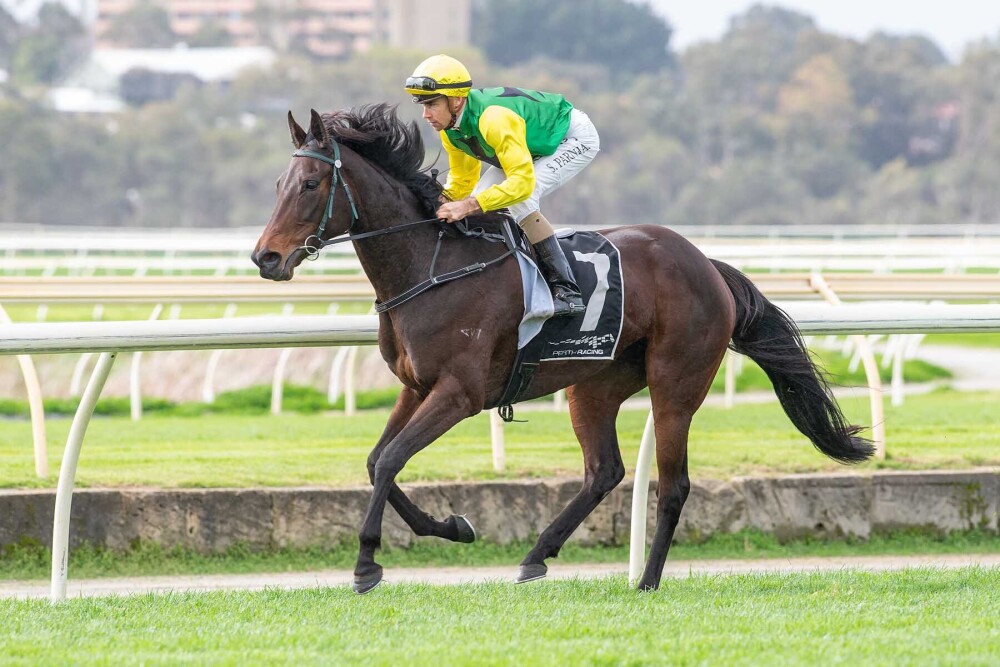