Belmont win locked in by Hoover

Supporting All American has paid dividends for Jade Fletcher and Rod Russell with four winners from his first crop at Geisel Park.

The winning run started with Lincoln’s Law and Apache Patrol at Pinjarra and they’ve been joined by the Stephen Miller-trained stablemates General Grant and Hoover at Belmont this month.

It took forever to declare a dead-heat between Hoover and Red Hot Hope at Belmont last Saturday after the photo-finish camera failed to activate in the Free Entry To Belmont Park Maiden (1400m).  They hit the line locked together – a nose in advance of third-placed Atlantis Beach.

“It’s very tight but I thought he just got there,” Miller said while waiting for the judge’s decision.  “He went good, very good and Brad (Parnham) rode him really well.”

Hoover (4g All American – Centro Gal by Giant’s Causeway) was bred by Fletcher and her last foal from the mare is an unraced 3yo filly named Schiller Effect (Flying Artie) with Robert Hickmott at Caulfield.  Centro Gal is a half-sister to Diamond Dash (G3 WA Sires Produce Stakes) and Metro Miss (LR Matchmaker Classic).

“I also have American Rumour with Jo Leeson at Esperance and he’s being trained for their season that starts in November,” Jade said.  “He will appreciate the water and beach work down there.”

And apart from Schiller Effect, Fletcher has several mares in foal to Boom Time in Victoria.  He’s based at Cornwall Park after a career highlighted by a Group 1 victory in the 2017 Caulfield Cup.

Boom Time (Flying Spur) was foaled at Ferrari Racing & Breeding when Fletcher was working at the Serpentine nursery.  She is now employed by a WA-owned company as a Traffic Controller.

All American has sired 8 individual winners so far this season which is only bettered by Blackfriars (11) and Universal Ruler (10).  Last season’s chief earner Looks Like Elvis ($693,560) returns from a spell in the G3 Bill Ritchie Hcp (1400m) at Randwick this Saturday.

Geisel Park is standing All American for a $5,500 (inc GST) service fee this season.

Hoofnote:  Hoover was named after Herbert Hoover who was President of the United States of America from 1929 to 1933.  As a young man, he travelled to the WA Goldfields in 1898 to take up a six-month appointment as Mining Superintendent of the Sons of Gwalia Mine near Leonora. 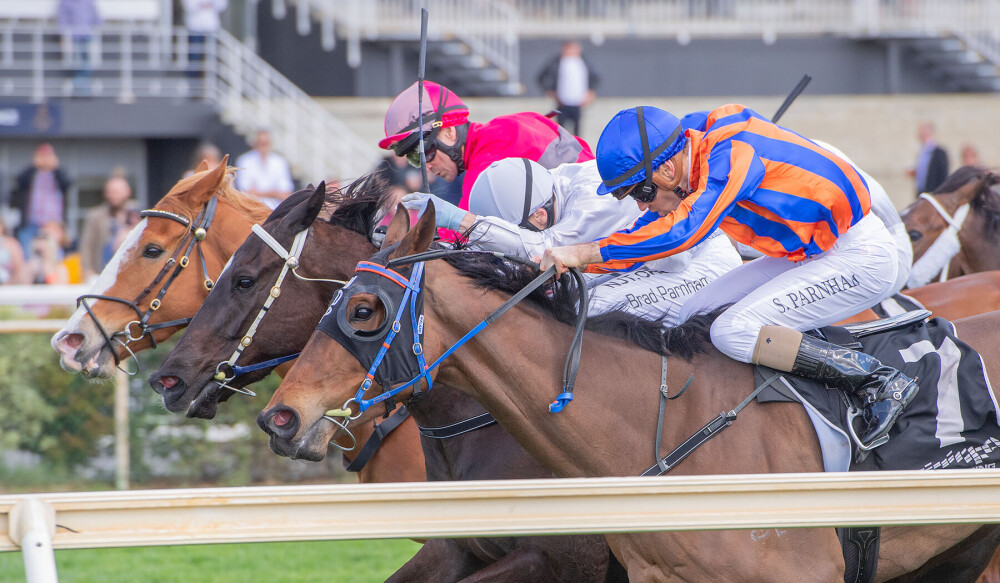