Scenic Lodge sires have dominated the Boulder Cup meeting with five winners led by Friar Fox in the feature race on Sunday.

“She did everything perfect today but the Kalgoorlie Cup is the one we want.”

Friar Fox finished third to Missile Launch in last year’s LR Kalgoorlie Cup (2200m) and she will be peaking for the next edition worth $150,000 on Saturday, October 2.

“She just loves it up here,” jockey Shaun O’Donnell said.  “Her run in the Coolgardie Cup was awesome and we were on the bunny today.  She dug deep when I asked and it was an amazing win.”

Blackfriars, Erkelens, Biggs and O’Donnell filled out a running double in the last race on Sunday with Pretty Friar in the Rocktech Hcp (1760m).  She is closely related to G1 NZ Derby winner Coniston Bluebird but cost just $8,000 out of the Scenic Lodge consignment to the 2018 Perth Magic Millions 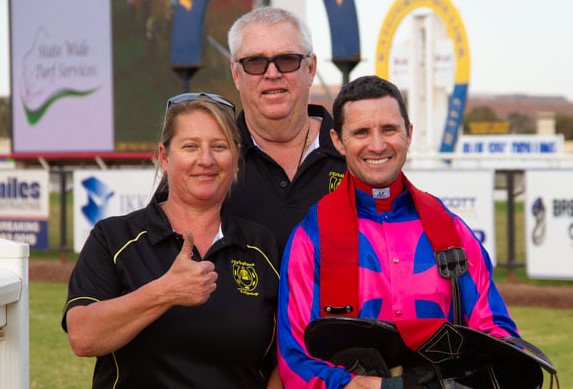