Westriver Miracle can maintain All American’s bright start to the season when he returns from a spell for Fred Kersley.

The Hall Of Fame trainer was upbeat after his lightly-raced gelding motored home in a Belmont trial over 1000m on Monday.  He stretched out in the straight under minimal coaxing from stable apprentice Beaux Banovic-Edwards apart from a reminder or two at the furlong.

“He’s still green and can improve more,” Kersley said following the one-length win.  It was his first hit-out for the stable after failing on debut at Bunbury in February.  He was a handful for Patrick Carberry that day and owner Ted Hill subsequently transferred him to Kersley.

Geisel Park sire All American has started the season with 7 individual winners which is only bettered by Universal Ruler (10) in Western Australia.

Westriver Miracle’s dam Soliloquy (Trade Fair) was one of the first mares covered by All American at Geisel Park on the opening day of the season in September 2016.  He was bred by Geisel Park manager Conor Dunlop with his fiancé Rachel Skinner and the mare has a 2yo colt by Vert De Grece (Ire).

Soliloquy is due again to All American whose first reported foal of the season was a colt from David Reed’s provincial winner Mudlode (Blackfriars).  Reed also bred All American’s LR Fairetha Stakes winner Kallaroo from a mare by Blackfriars.

In NZ, All American mare College Girl has been catalogued for the current Gavelhouse Digital Sale that concludes next Monday, September 6.  She is a 10 year-old full-sister to All American’s Champion Australian filly Yankee Rose whose Lord Kanaloa colt made ¥370m (AUD 4.49 million) at the JRHA Select Foal Sale in July. 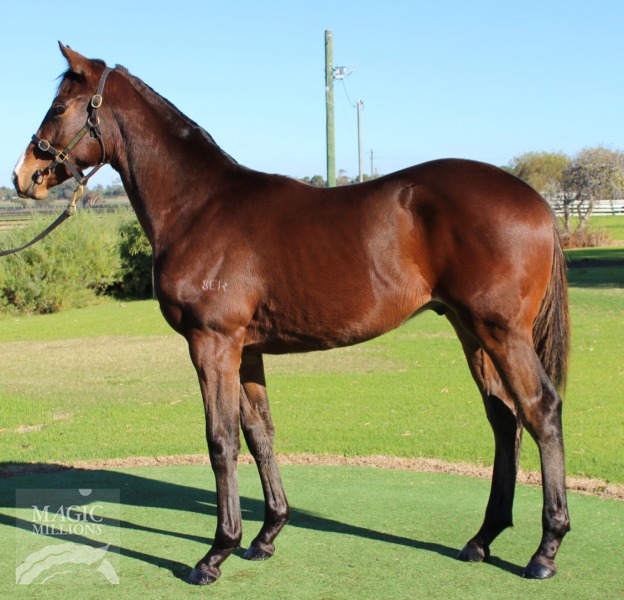